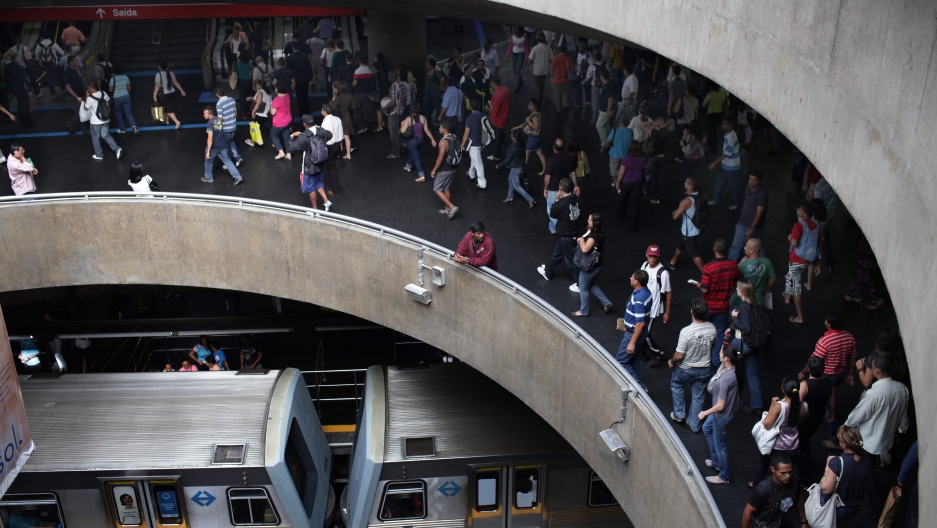 With 11 passengers per square meter at peak hours, Sao Paulo’s metro system is the most crowded in the world, according to CoMet, a consortium of transit systems world-wide. While other metros may actually pack people into cars more tightly or boast more riders in absolute numbers, Sao Paulo wins the dubious distinction because it currently has the most riders per kilometer of track, Agencia Brasil reports. Currently, the state-run news agency says, the city has 11.5 million people for every kilometer of track.

One explanation for the crowding may simply be Sao Paulo’s sheer size. With a population of 20,262,000, Sao Paulo is currently ranked as the third-largest urban agglomeration in the world, according to the United Nations.

But Telmo Giolito Porto, who studies railways at University Polytechnic School of Sao Paulo, has another theory:

“The São Paulo subway system has these characteristics: it is fast, arrives frequently and it is safe and clean," he told Agencia Brasil. "The subway is just a victim of its own quality.”