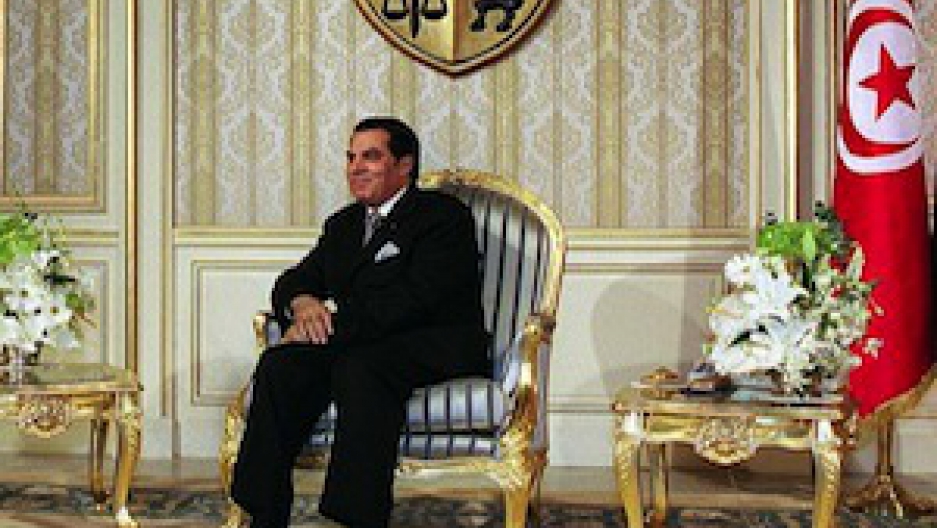 If Moammar Gadhafi were to leave power, where would he go? "Up to about 1990, deposed dictators tended to buy a home somewhere on Lake Geneva in Switzerland or a townhouse in the Belgravia section of London," according to international lawyer Scott Horton, "and they tended to live a very comfortable and peaceful existence."

"Things really have changed over the last 20 years," Horton told PRI's Here and Now. "What we've seen now is that they can get asylum, but they can't keep all the wolves successfully at bay." Successor governments sometimes hound former dictators with civil lawsuits. The International Criminal Court, created during the Clinton years, has gotten better at finding former dictators, too.

"Since 1990, 92 former heads of state or heads of government have been prosecuted, so it's a pretty dramatic upward trend," Horton told Here and Now.

Ousted Tunisian president Zine el-Abidine Ben Ali fled to Saudi Arabia after his government fell. It's been widely suspected that deposed Egyptian strongman Hosni Mubarak would do the same. "In fact," Horton says, "at one point it was reported that he had done so."

There are many reasons why a country would shelter a former dictator. Some countries have long, historical positive relationships with the heads of state. "In other cases," Horton explains, "like with the Swiss, they're delighted to have people who have money. It's a boon to their economy and to their banking system." In some cases it's political. Horton says, "the USSR and its satellite states sheltered deposed leftists from around the world."

The international criminal prosecutions may pose a challenge, when deposing dictators like Moammar Gadhafi. Though the United States and its allies would love to see Gadhafi out of power, "Gadhafi has limited options," according to Horton. "Once he leaves Libya, he does face the prospect of being arrested, shipped to the Hague for prosecution."

Gadhafi knows this, which may make him more hesitant about stepping down from power. "The US is trying to work out something from Moammar Gadhafi," according to Horton. "My own sources are telling me Uganda and Zimbabwe are the key states that they're talking to."

Even if the US and Gadhafi were able to work something out, Horton says: "It's not clear that you can work out a deal that will give him absolute immunity."