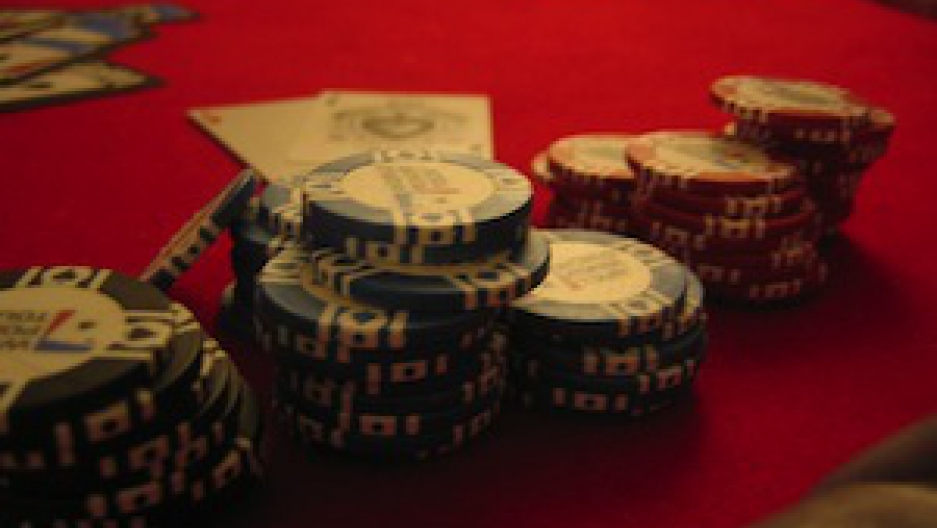 The multi-billion dollar online poker industry is in turmoil after the US Department of Justice indicted some of the industry's top executives. The executives stand accused of money laundering and wire fraud, and the future of the estimated 10 million online poker players remains in doubt.

"It all stems back to the 2006 law, the Unlawful Internet Gambling Enforcement Act, which basically tasked banks and financial institutions with blocking transactions from Americans to online poker and online gambling sites," Aaron Todd of the Casino City Times told PRI's The Takeaway. "Banks started complying with this law and blocking Americans from making deposits to online poker rooms, and the poker rooms were losing their supply of money."

In response, the Justice Department says that some poker websites set up shell companies to make it look like customers were buying golf balls or other goods. That's where the money laundering charges come into play.

"There are charges of illegal gambling within the indictments," Todd reports, "but every legal expert I've talked to said that those are pretty weak cases. Really the meat of this case has to do with hiding money sources -- bank fraud and money laundering."

The real force behind the crackdown is the more traditional, land-based casinos, according to Tim Flores, a marketing executive in the online poker industry. "It's clear to me that the major land-based casino companies in Las Vegas want to enter the market," Flores says, "and they have been working with the right politicians to make sure that they kind of get their way."

Flores says, "I suspect that they're just trying to flatten the competitors before they enter the industry."

The major casinos may not be the primary force behind the crackdown, according to Todd, but they certainly benefit from it. "I'm not sure the land-based corporations are pushing this legal action," he says. "I'm sure they're jumping for joy over it." He added, "I think the Department of Justice is acting on its own.