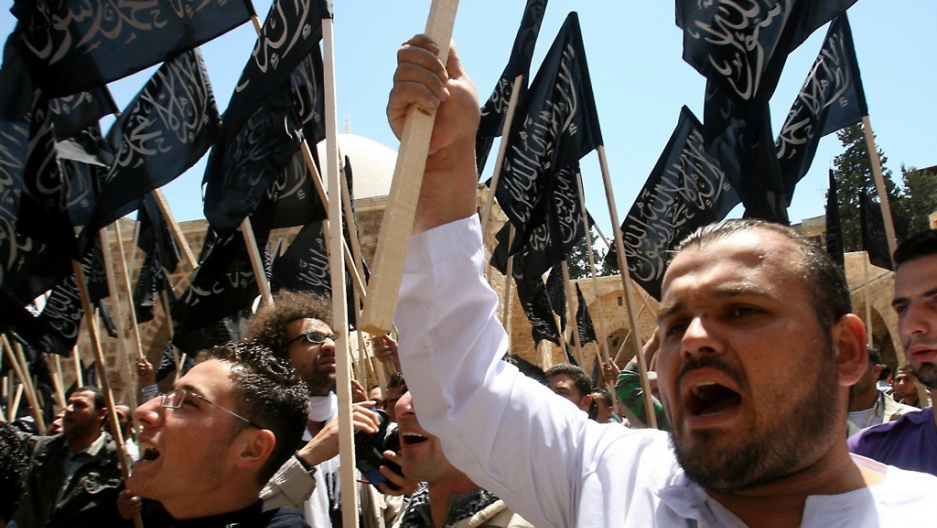 Protesters against the Syrian regime in northern Lebanon on April 22, 2011.
Credit: Stringer
Share

The new violence was in response to mass anti-government rallies in towns across the country. Injuries have been reported in the Damascus suburb of Douma and in the city of Homs, according to the BBC. Weeks of protests have reportedly left at least 200 people dead.

The shootings show that lifting the emergency laws in Syria will do little to reduce human rights abuses as long as security forces remain immune from prosecution, judges are appointed by the ruling Baath Party and regime opponents continue to be jailed under draconian charges in the penal code and constitution, said leading legal experts on Syria.

“There are 15 branches of security in Syria and all of them will remain immune from prosecution, even after emergency laws are lifted. The security services are above the law,” said Haitham Maleh, a former judge and veteran human rights campaigner, arrested repeatedly in Syria for his criticism of the regime.

Laws dating to 1969 protect Syria’s General Intelligence division from prosecution, except by their superior officer. In a 2008 decree President Bashar al-Assad extended the law to give all 15 branches of the security services immunity from prosecution, a cover that will not be lifted when emergency laws are abolished.

The link between the judiciary and the regime will also not be affected by the lifting of the state of emergency: President Bashar al-Assad will continue to sit as head of the six-member Supreme Judicial Council with the Minister of Justice as his deputy.

“Syrian judges are under the control of the Baath and the intelligence. There is no independent judiciary. The problem is not the law but how they manipulate the law,” said Ayman Abdel Nour, a former Baath Party reformer, now editor of the All4Syria, a news site based in Dubai.

Emergency laws, introduced by the Baath Party in 1963 on their first day in power, grant Syria’s security services sweeping powers of arrest and detention without trial or access to a lawyer. Detainees can disappear for years inside security prisons that exist outside the criminal legal system.

The laws override many rights guaranteed under the Syrian Constitution, written exactly 10 years later, such as freedom of speech, assembly and movement. They have been used to impose travel bans on thousands of people deemed to be opponents of the regime.

State security can enter private homes at any time, as well as read emails and tap phones. Under the state of emergency, citizens are also required to gain security approval before undertaking many ordinary tasks, such as becoming a state school teacher or setting up a small business. The investigation commonly lasts several months.

The lifting of emergency laws has been a major demand of the unprecedented month-long protests against the regime, during which over 220 people have been killed and over 1,000 arrested, according to lists kept by local activists.

Supporters of the government argue the lifting of emergency laws will ease pressure on ordinary Syrians.

“I don’t think in the future security forces will arrest any citizen without a clear charge and if they do arrest someone it should be through legal procedures and they should be tried by the normal judiciary,” said the director of a Damascus-based think-tank who is an adviser to the Baath Party Command, the body that studied the lifting of emergency laws. He asked not to give his name because of the sensitive nature of the subject.

Contrary to earlier reports, no new anti-terrorism law will be passed by the government when emergency laws are abolished, according to a senior official quoted on Wednesday in Al Watan, a Syrian daily owned by the president’s brother-in-law.

The existing criminal laws of Syria’s Penal Code have been deemed sufficient to counter the threat of terrorism, said the paper’s report.

The cabinet also passed a draft law to abolish the Supreme State Security Court (SSSC), which exists outside the ordinary criminal justice system and where trials are a “sham,” according to a report by Human Rights Watch.

Syria’s Military Court, where thousands of Kurds and suspected Islamists have been sentenced, however, has not been abolished.

The cabinet also decided to allow citizens the right to apply for permission to hold peaceful protests, a right already guaranteed under Article 39 of the Constitution but suspended by emergency laws.

Analysts were pessimistic that lifting emergency laws would mean an end to arrests of political opponents pointing to draconian criminal laws such as those used in 2005 to jail member of the Damascus Declaration, the first unified opposition movement in Syria.

The men were all given sentences of up to five years on charges including “weakening national sentiment,” “belonging to a secret society” and “spreading false news.”

“What Syria needs is a new constitution that makes a clear explanation of executive, judicial and legislative powers. Now they are all mixed up in the powers of the president,” he added.

Also unaffected will be Law 49, making membership in the Muslim Brotherhood a crime punishable by death, and Article 8 of Syria’s Constitution, which gives the Baath Party the right to be “the leading party of state and society.”

Sami Moubayed, a Syrian historian and editor of Forward magazine, argued that without comprehensive political and economic reforms, the lifting of emergency laws would do little to meet the demands of protestors.

“There also needs to be a political solution: An end to one party rule, political freedom and a strong and serious campaign against corruption,” he said.

A Party’s Law, allowing multi-party politics in Syria for the first time during the Baath Party’s rule, would come into force, Moubayed said, ahead of this year’s parliamentary elections, due to be held in May but likely to be postponed until September.

But he warned against expectations of dramatic change.

“The Party’s Law will make no real difference until 2015. No party this year will have time to mount a real challenge to the Baath Party, which has some 1.5 million members,” he said.

For at least one protestor in the port city of Banias, taking to the street on Tuesday night after news broke of the decision to lift emergency laws, the reform came as too little too late.