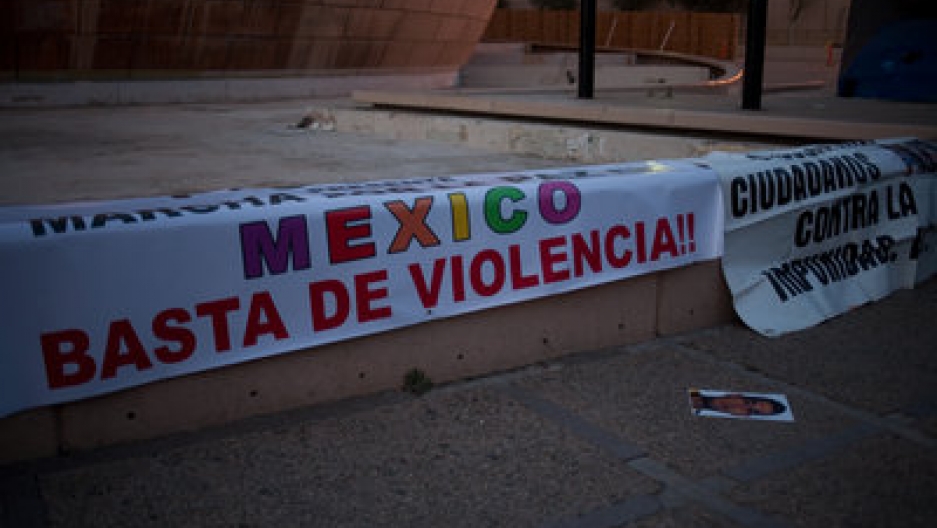 Share
by Myles Estey Since the start of Mexican President Felipe Calderon's war on drugs in 2006, more than 35,000 people have been killed in related violence. Thousands more remain unaccounted for, many missing for years. But while news reports from northern Mexico focus mainly on body counts, the numbers are taking a hidden psychological toll. On a cold afternoon, Sergio CasteÃ±ada sits in a jacket, typing at a large table in the El Mezon Center for Social Rehabilitation and Reintegration in Tijuana. Young men sweep the entrance and monitor constantly ringing phones. Now the clinic's general administrator, he has worked in the rough Tijuana neighbourhood of Francisco Villa for 15 years. He said he sees a lot of people who have turned to drugs and alcohol to deal with the stress of life along the northern border. "People live with a lot of fear," CasteÃ±ada said. "They walk with fear every time they go out in the streets, and hear a loud noise." He said people in Tijuana are so worried about the violence that they're barricading themselves in. "They've put up metal doors, bars, and security cameras. They don't go out in the streets at night," he said, adding that people feel traumatized by the violence. EL Mezon clinic sees many cases of depression, anxiety, and even post-traumatic stress disorder. CasteÃ±ada said that most of those who end up at the clinic are recent migrants from Mexico's impoverished rural south who've been unable to cross the U.S. border. They get stuck here, without friends, family, money or jobs. With few options, they end up in the makeshift barrios on the periphery of the city. CasteÃ±ada said many use drugs or alcohol to cope with the stress of isolation, insecurity and poverty. But the emotional and psychological toll of the violence is felt in other parts of the city as well. A small group has gathered to protest the violence on the streets of Tijuana. Rosario Villanueva, a member of the Campaign for the Disappeared Men and Women in the North of the Country, said her life changed when her son, Oscar Herman, disappeared two years ago. "It's like living in hell," Villanueva said. "They tore out a piece of my soul." Villanueva said she is consumed by the loss. Nine police officers have been detained in connection with Oscar's disappearance, she said, and she feels grateful to have any information on what happened to him. Many families know absolutely nothing. Adriana Moreno is another mother, searching for her missing son. She said the disappearances are taking a huge emotional toll on the families, and the community. She said for every disappearance, 80 or more people are affected. "Imagine, multiplying it, how many people are affected," Moreno said. "It's unbelievable what we are enduring."