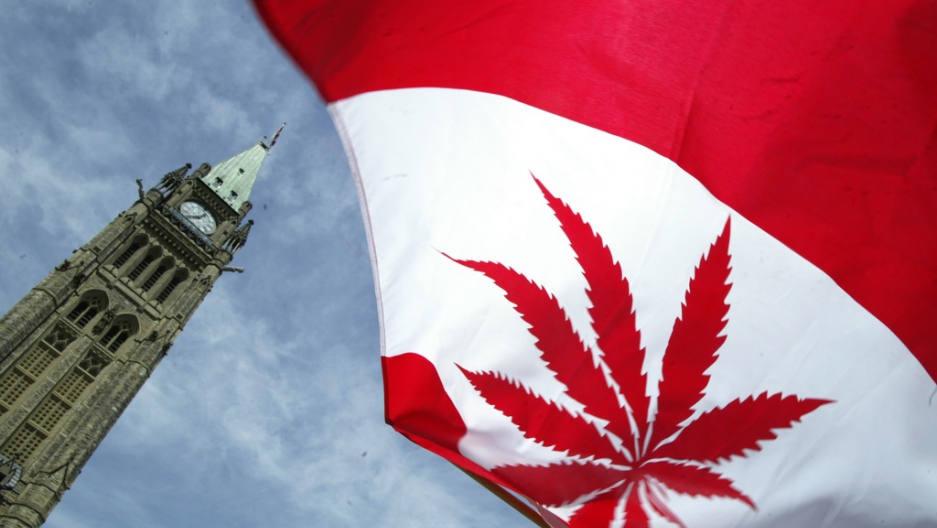 A Canadian flag with a marijuana leaf alongside Parliament Hill in Ottawa, on June 5, 2004.
Credit: Donald Weber
Share

TORONTO, Canada — Canada's federal government is appealing a court ruling that would make the possession and smoking of marijuana legal in the province of Ontario.

An Ontario judge on Apr. 11 struck down key aspects of Canada’s marijuana laws, triggering a 90-day countdown when growing, possessing or smoking pot will become legal.

The ruling gave the federal government three months to either reform the drug laws or appeal the ruling to a higher court, GlobalPost's Sandro Contento wrote.

At issue is a 2001 law that allows seriously ill Canadians to access marijuana for medicinal purposes. But Justice Donald Taliano found that the vast majority of doctors refuse to prescribe the drug. Patients are therefore forced to break the law, either by growing their own or buying it on the black market.

The landmark ruling resulted from an action brought by Matthew Mernagh, 37, who lives in the southern Ontario town of St. Catharines and suffers from fibromyalgia, scoliosis, seizures and depression.

Mernagh was unable to obtain a medical marijuana license and began to grow his own pot. He was eventually charged with producing the drug.

In his ruling, Justice Donald Taliano said that sick people who cannot get access to medical marijuana through appropriate means must resort to illegal actions such as growing their own supply.

As a result, ill people who should be able to get the drugs are branded as criminals, the decision said.

"He lives with constant pain," Taliano wrote in his ruling. "Prescription medications have failed to provide adequate relief for his condition, and in many ways, they create additional problems. Marihuana, used medicinally, eases his symptoms and allows him to function."

The appeal by the federal government, however, states that Taliano made critical errors in law by declaring the federal medical marijuana program unconstitutional, according to the Star.

Mernagh’s lawyer, Paul Lewin, said that he was confident Taliano's  decision would be upheld by the Ontario Court of Appeal.