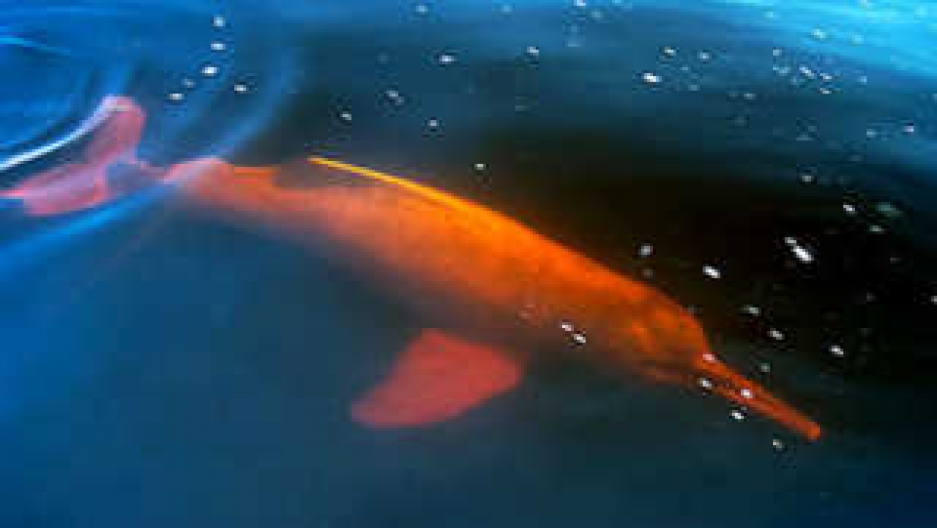 In case you missed it, The New York Times ran a piece about how the Amazon’s threatened pink river dolphin is threatened. Brazilian fishermen in the country’s remote north kill the poor critters because they're considered rivals predators of a cat fish that’s a popular delicacy in Columbia, just across the border.  With an estimated 30,000 dolphins being killed per year, environmentalists are worried they'll go extinct. Impoverished locals, on the other hand, say they can’t really afford to care. Also, legend has it the dolphins sometimes transform into men, wander villages at night and impregnate local women, which I can’t imagine helps their popularity, either.