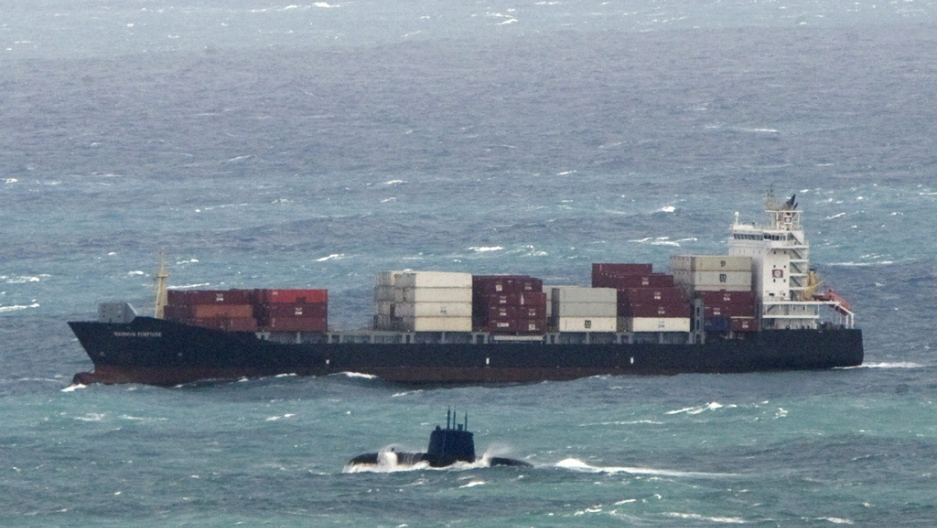 BEIRUT, Lebanon — An expanse of the eastern Mediterranean, known as the Levantine Basin, is thought to contain some 122 trillion cubic feet of gas. And now, predictably, countries whose territorial waters share the basin — Cyprus, Israel, Lebanon and Syria — are racing to cash in on the find.

Leading the charge is Israel, which recently made the biggest discovery in the basin. In 2009, it struck a gas field called Tamar, 60 miles offshore from Haifa that contained some 8.4 trillion cubic feet of gas. Last year it hit big again with the Leviathan natural gas field, 80 miles offshore and containing 16 trillion cubic feet of natural gas, the largest deep water gas discovery in a decade.

Israel's northern neighbor, Lebanon, is furthest behind in the race but is nonetheless eager to explore. Besides the obvious business interests that drive the push to drill, Lebanon also hopes the find will help it meet the basic energy demands of its people, which at the moment far outpace the supply. Government-supplied electricity, for instance, is often unavailable for three to six hours a day.

“I have no generator in my house,” said Mike Khalil, 65, a barber who lives in the Hamra area of the capital, “so my three kids often have to study by candlelight.”

Khalil said the power outages were so detrimental to his business he was forced to buy a generator, which cost him about $4,000.

“During the three-hour power cuts every day, I could lose seven to 10 customers so instead I bought my own generator,” he said. “Everybody is their own government here. They provide themselves with their own basic services.”

Things are worse up in mountain villages like Aley, where 10 to 12 hours of power cuts is the norm. These days, village residents have to find the power elsewhere.

“They cut the electricity in the morning two hours, in the afternoon four hours, and in the evening six hours,” said Aley resident Nohad Tanneos, 70, sitting in her living room with the television murmuring in the background. “So I talked to the owner of the generators in the village and he gave me a subscription for private electricity.”

The owner of the generators is Wahid El Rayess, the village “glimmer man,” as they call him.

Wearing a grubby anorak, he salutes villagers left and right as he walks through town. Men like Rayess are a fixture in villages across Lebanon, and in city neighborhoods alike. For a monthly fee, his 13 generators — peppered around the village — will give you electricity when the government can't.

“Our subscriptions are really simple,” Rayess said, standing next to a couple of his generators that were tucked among a clutch of buildings in a quiet corner of the town. “We put a cable directly from one of these generators and run it all the way to the customer's house.”

Adding to the county’s energy woes is its aging infrastructure, which is also unable to match the country's growing demand for power. Right now, the government provides some 1,900 megawatts annually, or just 60 percent of the public's electricity needs.

“On one side we have a deficit in generation and on the other side we have a very high cost of generation,” said Minister of Water and Energy Gebran Bassil. “We have to reach equilibrium on both sides.”

The idea is now rapidly spreading in government circles that the solution — the silver bullet for Lebanon's energy woes — lies off its coast.

The argument goes that running power plants using natural gas is cheaper than using diesel and oil, which is how most of the country’s power plants are now powered. The proof has come at the sole Lebanese power plant that runs, at least partly, on natural gas that the country imports from Egypt.

And, he said, if the supply were domestic, the savings would be even greater.

Analysts said that if Lebanon finds gas fields even close to the size found by Israel, it could do much more than solve the country’s energy shortage. It could greatly reduce the country’s suffocating public debt, now at just under $50 billion.

“Lebanon is not very far from Europe,” said Walid Khadduri, a consultant with the Middle East Economic Survey. “They could start building pipelines to Europe.”

But the challenge of actually drilling in such a politically sensitive territory is considerable. As enemies, Lebanon and Israel have not agreed on maritime borders. In 2010, Lebanon unilaterally defined its maritime border with Israel by submitting it to the United Nations.

In contrast, Israel has run a string of buoys along what it says is its sea border with Lebanon.

“Some of the fields are going to be close to the Israeli waters and vice versa,” Khadduri said. “I think we’ll have problems on that score. You can’t separate the Arab-Israeli conflict from this.”

In fact — although extraction in most countries in the eastern Mediterranean is at various stages, some only at the legislation stage — conflict is already percolating.

“All we are asking for is to respect our borders, our rights and our resources,” Bassil said. “A natural resource can be a reason for war.”

Either way, any benefit Lebanon might see from drilling, is a ways off. It could be as long as eight years before the country sees its own gas being used for domestic energy generation, and that's only if regional political tensions, or internal sectarian gripes, do not complicate or halt the process in the meantime.

In January, the Hezbollah-led opposition toppled the pro-Western government over a disagreement concerning the international tribunal investigating the 2005 assassination of former Prime Minister Rafik Hariri, an inquest that is expected to indict Hezbollah members in the murder. The deposed prime minister, Saad Hariri, the late Hariri's son, and his Future Movement political block, are boycotting the new government, now led by the Hezbollah coalition. Prime minster-designate of the new government, Najib Mikati, has yet to reach consensus on a power sharing cabinet and until that happens, no new legislation to govern Lebanon's oil and gas extraction can be passed.

Energy experts, however, said that navigating the current Lebanese political climate, and regional hostilities, is relatively light work for oil companies, which are accustomed to high levels of risk when drilling for oil.

"It's always a risky investment, but then the reward is enormous if they find it," Khadduri said. "In Iraq, companies took the risk and it's much more dangerous than the situation in Lebanon. That's what oil companies do."