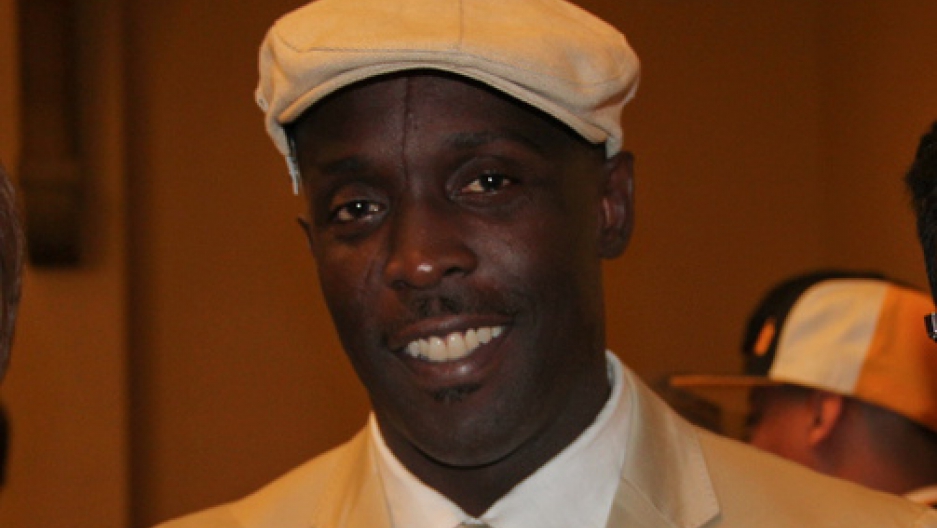 Obama's favorite TV character, according to a 2008 interview with the Las Vegas Sun, is "The Wire's" Omar Little. The character makes his living robbing Baltimore drug dealers, and is based on the life of Donnie Andrews. PRI's Here and Now spoke with Andrews and Michael K. Williams, the actor who portrays Omar, to find out what people can learn from the character.

"Omar don't scare. He wasn't scared of who he was," says Williams. "You may not agree with his lifestyle, you may not like the things he does. You know, he's a man with a code. He does not make any apologies for who and what he is. He wears his heart on his sleeve, and my decision was to play him from a person of pain -- of being vulnerable."

The real Omar, Andrews, does scare, and he believes that the scary parts of life are what create violence in society. He recalls seeing a man beaten to death at age 9 or 10 -- "We have a lot of traumatized kids. They violence because they're traumatized. That's way they grew up -- seein' violence." Andrews continues, "You have no idea of the pressure and stress it is to be, and to want, and to need, knowing that you can't get none of it. And the only way I could was with that gun."

The show is analyzed at schools like Harvard Law School, and some criticize the television program for perpetuating a stereotype of inner city black communities. Williams doesn't see it that way: "This is not a black and white thing. This was going on in our streets, in our city, as people." He continues, "You got good and bad in every walk of life, every part of culture. Not all your good people are good, not all your bad people are bad."

After serving a ten-year jail sentence, and having the Omar character based on his life, Donnie Andrews is working to bring about positive change in the world, and he hopes to start a youth camp in Boston. "That's some'n I'm tryin' to do out there is change lives. You know, 'cause it's a lot of people sufferin'. We keep giving 'em handouts, they need a hand-up -- or people to believe in them."