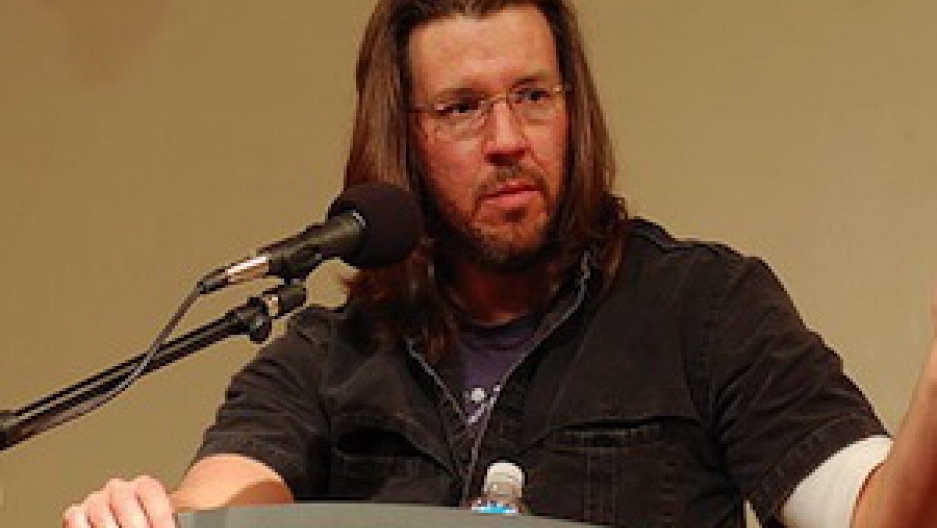 Michael Pietsch, an editor for Little Brown, has worked with many famous authors, including Alice Sebold, David Sedaris and Keith Richards. But Pietsch reserves special praise for David Foster Wallace. He told PRI's The Takeaway: "David Wallace is one of the great brilliant funny writers who has ever lived. "

With a great author like Wallace, an editor has to know how to avoid doing too much. "The editor's job is to be the writer's perfect reader, and the reader whom the author trusts to help him make he book as great as he can," according to Pietsch.

"In David's case," Pietsch explains, "he came to me because he knew that he was writing something with "Infinite Jest" -- his great, great novel -- something really really long and really challenging to people's comprehension. And he somehow decided that I was someone he would listen to when I challenged him." Together they tried to make the novel as short as possible, without loosing the essential elements. It was eventually published at about 1,400 pages.

The novel was a commercial success, and the pressure began to mount. People would ask him, "Where is your next 1,400 page masterpiece, David?" Pietsch says, "that was a question that I know he was troubled by."

Shortly after he finished "Infinite Jest," Wallace began working on another novel that is now being published as "The Pale King." After he died, it took his wife months to search through his office. When they finally did, "what they found was on his desk, a sheaf of pages, about 200 pages," Pietsch explained. "As they went through his office they found masses and masses of material, literally almost 3,000 pages ultimately of typed scripts, handwritten drafts, old floppy disks," and other rough formats.

They found 7 drafts of just one chapter. Other chapters were just a handwritten draft. Pietsch says, " About 20 percent of the book is made up of material that he had not even typed yet." He explained, "my challenge was to take it all in and find the pieces that cohered and told a story."

The story turned out to be one, in part, about life in the IRS. "The reason he chose to write a book set at the IRS: He wanted to focus on the fact that much of life is routine -- that routine is hard," Pietsch says. "He was staring in the face of an abyss to find real meaning. He set about the greatest challenge I think I've ever seen a writer take on."

The result is a triumph, according to Pietsch. He says:

It's hard for me to be objective about it, but I think it is an enormous accomplishment. Even unfinished, I think it's one of the great novels that an American writer has ever written.