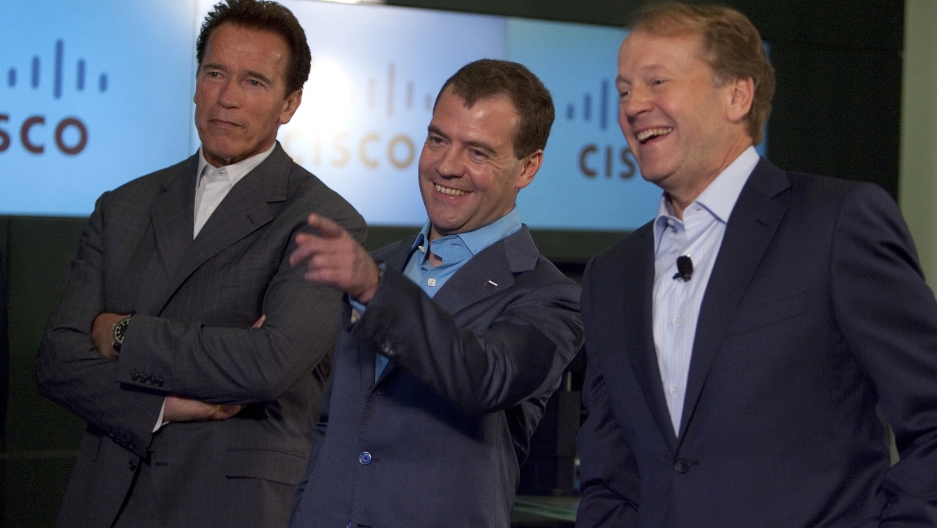 It started out as BRIC, an abbreviation coined by Goldman Sachs economist Jim O’Neill to denote the world’s leading emerging markets: Brazil, Russia, India and China. The countries soon turned it into a more formal grouping, holding an inaugural summit in the Russian city of Yekaterinburg in 2009. This year, South Africa was asked to join, making the abbreviation BRICS. Nice and easy, right? Not according to Russian President Dmitry Medvedev.

“I really don’t remember who thought up the BRICS abbreviation,” Medvedev said during the current BRIC summit in China. “I can say that we’ve thought up a different abbreviation, which, has become rather popular.”

Russians currently say BRIC (just as it sounds in English, but with more of a rolling “r.”) In Russian, South Africa is “Yuzhnaya Afrika.” So Medvedev proposes changing around some letters and calling the group: “BRYUKI.” Which means pants. Someone has a sense of humor. As for its popularity, this is the first time I've heard the term.