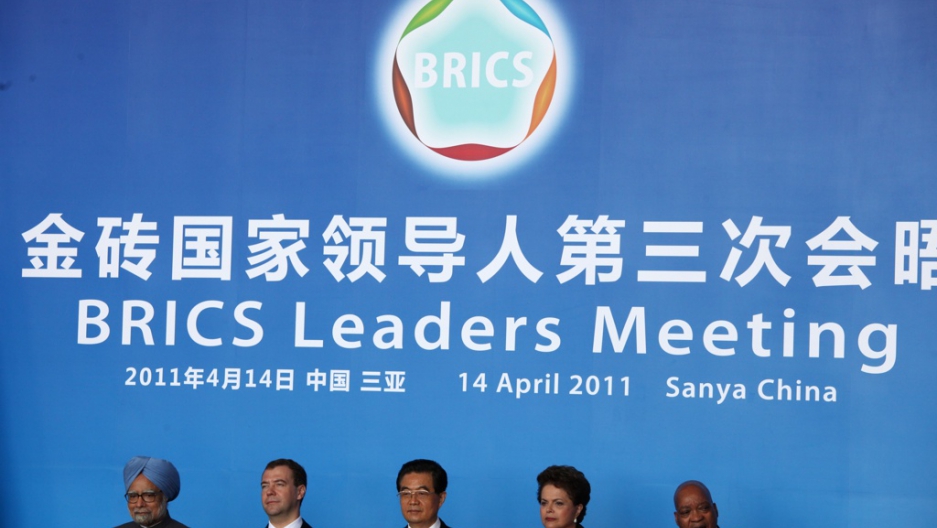 SANYA, China — The world’s five big developing countries have a message for the rest of the world: They have the money and now they want the clout that goes with it.

In a summit on China’s tropical resort island of Sanya this week, heads of state from Brazil, Russia, Indian, China and newly included South Africa — the BRICS — met Thursday to discuss how to get a greater say in world affairs, particularly of the economic kind.

At the conclusion of the meeting, the BRICS leaders issued a 32-point declaration that covered everything from congratulating Russia on the 50th anniversary of sending a man into space to generally condemning terrorism.

But mostly, it was all about calling for that larger voice in world affairs, in keeping with their emerging wealth and power. In particular, the BRICS leaders pledged to push for global currency reform, without mentioning the U.S. dollar.

The words echo China’s recent calls for the International Monetary System to include new currencies in its reserve fund, but the BRICS leaders did not mention adding the Chinese yuan. In fact, they didn’t mention the yuan at all, as discussion of China’s own controversial currency policies were off the table for the meeting — as Beijing initially demanded of a recent G20 currency summit in Nanjing.

Beyond currency, the BRICS leaders spoke repeatedly of the fact that their five nations now have unquestionable power: 40 percent of the world’s population and 18 percent of the global GDP, with fast growth rates in each of the countries. In addition, all are now members of the UN Security Council.

But some leaders were quick to point out that they aren’t trying to replace any other existing framework, like the G20 or the International Monetary Fund. What they want is a bigger voice within those existing mechanisms.

“The BRICS is not an organization against anything. In fact, we are pro-cooperation,” said Brazilian President Dilma Rousseff. “This is a group that wishes to see solidarity based on cooperation. Our agenda is not against any other group.”

On the sidelines of the tightly controlled conference, business leaders worked to strike new trade deals, meeting in their own BRICS business summit and promoting their own countries as prime investment and trade destinations. Development bankers from each country, in a sideways slap to the U.S. dollar, agreed to develop a framework for credit and loans between the countries in their own currencies rather than the dollar.

In the end, this was clearly China’s show. The event was carefully stage-managed, with a massive security presence and tight controls on media and movement. The major leaders’ briefings were billed as press events, but journalists were not allowed to ask any questions. And much of the language within the BRICS’ declaration was clearly from its host country, touting China’s ongoing themes of “peace, harmony, cooperation and scientific development.”

What perhaps matters now is how the developed world responds to the BRICS’ calls for greater influence.

In his speech, Chinese President Hu Jintao laid out his vision of the future, one of peace and harmony, where countries mostly mind their own business.

“All countries, big or small, strong or weak, rich or poor, are equal members of the international community,” Hu said. “We should work for common security in a spirit of democracy, inclusiveness, cooperation and win-win progress.”