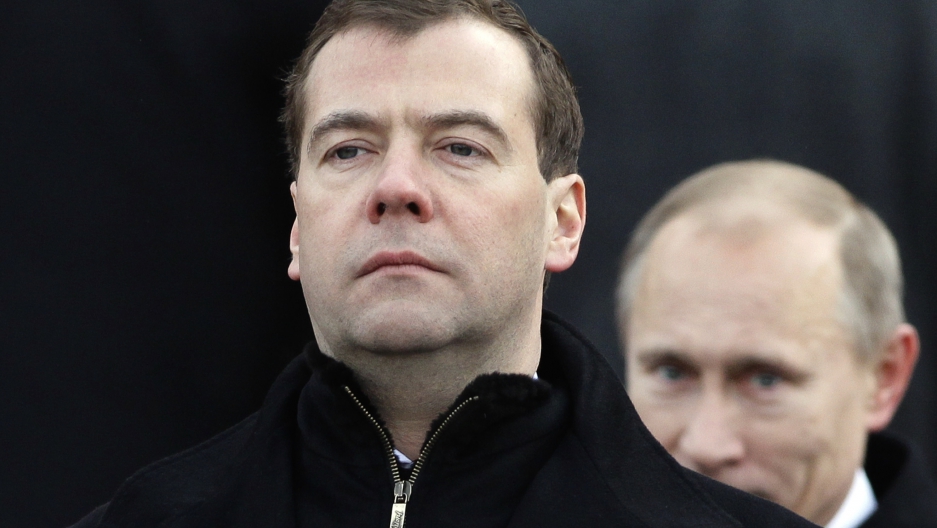 With less than one year to go til its presidential election, Russia has climbed to dizzying heights of fruitless Kremlinology. Will Putin or Medvedev run for president? Do they both want to run? Or is this all a stage-managed show to keep uncertainty high? Today we got another episode in the reality show.

In an interview with China’s CCTV, Medvedev said that he and Putin would “soon” decide who would run in the March vote.

“I do not rule out the possibility of my running for a second term at the presidential elections. The decision will be taken very shortly since, as you have correctly pointed out, the elections are less than a year away,” Medvedev said, according to a transcript published on the Kremlin’s website early Wednesday.

And cue Putin, who jumped in hours later to say that, actually, the decision will be taken later rather than sooner.

“Neither myself nor Dmitry Anatolievich (Medvedev) exclude that both of us could stand for election,” Putin said, according to news agencies. “Of course this decision should be taken sooner or later. But there is almost a year before the polls, and all the fuss does not contribute to a normal working structure.”

“If we give some improper signals now, half the administration and a large half of the government will stop working in anticipation of some kind of changes,” Putin said.

I’m willing to bet that: there is no way Putin and Medvedev will both run and that the ultimate decision will still be taken by Putin. Before the 2008 election that saw Medvedev become Putin’s hand-picked successor, uncertainty was also kept high. For about a year, Russia watchers debated the merits and potential of about a dozen possible candidates. Near the end, it was whittled down to three: Medvedev, then defense minister Sergei Ivanov and an unknown “dark horse.” This time we’ve got the same game, except the “candidates” are Putin, Medvedev and an unknown “dark horse.” Welcome to Russia’s version of democracy – where the veil of uncertainty provides a veneer of debate to cover the fact that this is a decision to be made by one man alone.