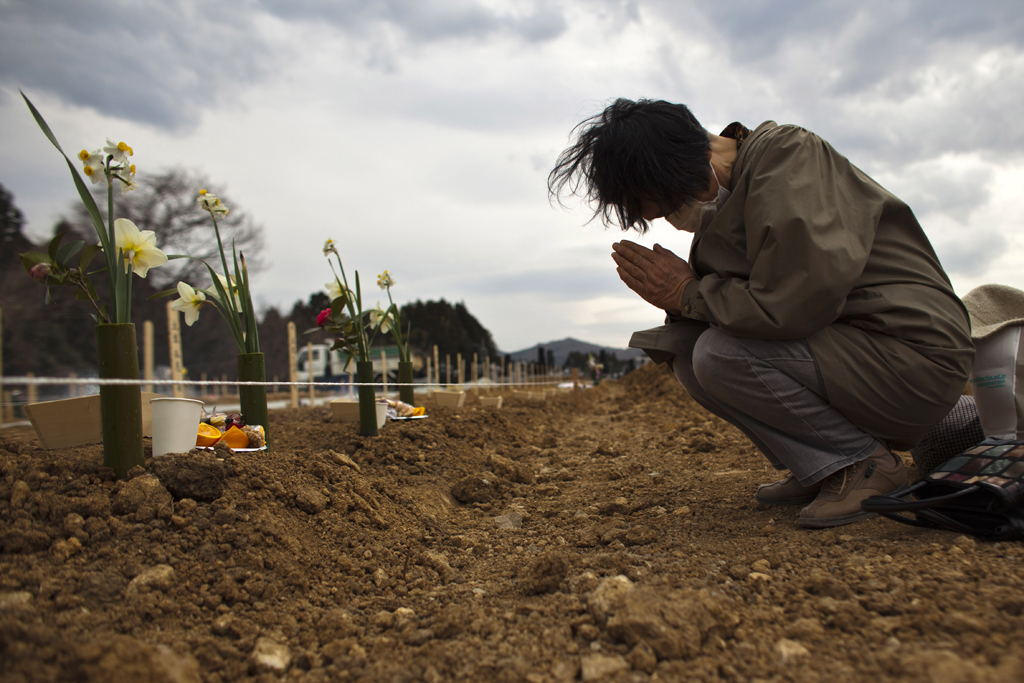 TOKYO, Japan — Japan on Tuesday placed the crisis at the Fukushima Daiichi nuclear power plant on a par with the Chernobyl disaster of 25 years ago, after data showed massive amounts of radiation leaked from the facility immediately after the country’s northeast coast was devastated by an earthquake and tsunami last month.

Nuclear safety officials raised the severity level from five to a maximum seven on the international nuclear and radiological event (INES) scale, but said the amount of radiation leaked by the plant was still just 10 percent of that generated by the Chernobyl catastrophe.

The scale, devised by the International Atomic Energy Agency (IAEA), ranks nuclear and radiological accidents and incidents by severity from one to seven. Level seven incidents involve a major release of radiation with widespread health and environmental effects, according to the IAEA.

The new rating reflects the initial impact of the nuclear crisis, when the Fukushima plant’s reactors released up to 10,000 terabequerels of radioactive iodine-131 into the air for several hours after they were damaged in the tsunami, the country’s nuclear and industrial safety commission said.

The nuclear safety commission said emissions have since dropped to below one terabecquerel per hour.

A spokesman for Nisa said the decision to raise the level to the status of major accident did not mean that the Japanese plant posed a threat to public health.

“Chernobyl exploded while the reactors were still active, which is completely different from the situation at Fukushima,” Hidehiko Nishiyama said. He added that the decision was based on cumulative quantities of radiation released, although an official from the plant’s operator, Tokyo Electric Power Co. (TEPCO), was quoted by local media as saying contamination may eventually exceed that produced by Chernobyl.

Nishiyama said it took about a month to raise the severity level of the Fukushima contingency due to a delay in securing reliable data. Last month, the agency had provisionally set the INES level at five, the same as that applied to the 1979 accident on Three Mile Island.

“We are very sorry to the public, people living near the nuclear complex and the international community for causing such a serious accident," he said.

But he added that no one had suffered "direct health damage" from radiation. "The accident itself is very serious, but we have set our priorities so as not to damage people’s health."

The decision came after the government expanded a 12-mile evacuation zone around the stricken plant to include five communities where residents are currently being asked to leave voluntarily or remain indoors.

The move, which could affect tens of thousands of people, was taken to protect the long-term health of people in areas where radiation levels could have a long-term impact on health. “These new evacuation plans are meant to ensure safety against risks of living [in affected communities] for half a year or one year,” Edano said.

About 70,000 people living within a 12-mile radius of the plant have already been evacuated; moving tens of thousands more to evacuation shelters around the country could take a month to complete.

While some experts criticized the move as excessive, campaigners said it was long overdue. Greenpeace, which called on the severity level to be raised three weeks ago, accused TEPCO of underplaying the consequences of the Fukushima accident until it was left with no choice but to recognize its severity.

Shaun Burnie, a nuclear consultant to Greenpeace Germany, said the constant release of fission gases from the plant was behind TEPCO’s warning that the total release of radiation could eventually be higher than Chernobyl.

“Those who have sought to downplay both the scale of this disaster and its consequences have either not understood what was happening or have been deliberately disingenuous,” Burnie told GlobalPost.

The nuclear crisis is also having diplomatic repercussions. On Tuesday, the Chinese premier, Wen Jiabao, voiced concern over the deliberate release of huge amounts of low-level radioactive water into the sea from the Fukushima plant’s flooded reactor buildings.

"The Chinese government and people express their concern about this, and ask that the Japanese government attach high importance to the impact of this matter on the marine environment and especially surrounding countries," Wen told the Japanese prime minister, Naoto Kan, in a telephone call, according to an account of the conversation on the Chinese foreign ministry’s website.

Kan asked for the public and international community to remain calm in light of the decision.

"The situation at the nuclear reactors at the Fukushima plant is stabilizing step by step,” he said in a televised address. “The amount of leaked radiation is on the decline. But we are not at the stage yet where we can let our guards down.”