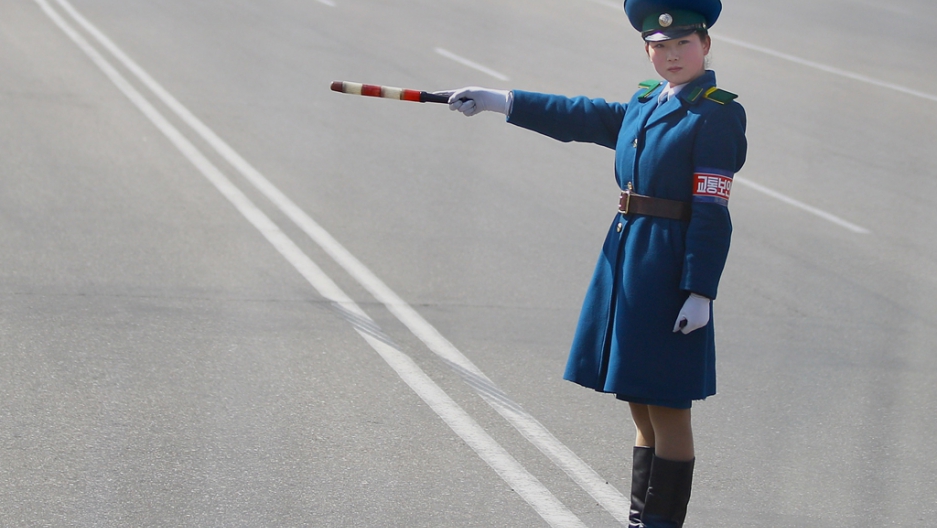 BANGKOK, Thailand — Not seeing or hearing the names Kim Jong Il and Kim Jong Un in the news as often as before? Please don’t imagine the irrepressible twosome somehow slipped down a crack.

It’s just that an intensive news focus worldwide on the Japanese triple crisis of earthquake, tsunami and partial reactor meltdown and the Arab Spring and Libyan civil war have been overshadowing the antics of the father-son North Korean leadership team. The Kims are carrying on, and can be expected to resume hogging the headlines again before long.

Quite a few Pyongyang watchers were surprised that Kim Jong Un, his father’s 20-something heir presumptive as supreme leader, didn’t get a new post at this week’s session of the rubber-stamp Supreme People’s Assembly.

They had thought he might be appointed deputy chairman of the National Defense Commission, a post Kim Jong Il held from 1990 before being elevated to the chairmanship in 1993.

The only new appointment to the commission this week was not at deputy chairman level. Pak To-chun, a secretary of the ruling Workers’ Party, replaced an 85-year-old incumbent as a commission member.

But don’t get the idea Kim Jong Un was being passed over. The official Korean Central News Agency ran several reports during the week listing the son first among personnel accompanying Kim Jong Il on an inspection tour of Jagang province. Pak To Chun was also reported to be along, but he was listed further down the list of accompanying officials.

In between young Kim and Pak on the list were Kim Jong Il’s sister, Kim Kyong Hui, and brother in law, Jang Song Taek. Jang is a vice chairman of the Defense Commission. It appears the traveling team included the dynastic regime’s true inner circle. Pak To Chun, seldom mentioned in official announcements before last July, began his rise to prominence that month in tandem with Kim Jong Un.

It’s pretty much a sure bet that the Kims see Pak as a new-generation official destined to serve Kim Jong Un closely and loyally.

Jong Un is already equivalent to a four-star general and vice chairman of the Central Military Commission, a party organ. When, if ever, will he get the even more prestigious National Defense Commission deputy chairman post? It could happen in 2012. That will be the 100th anniversary year of the birth of his grandfather, President Kim Il Sung, who died in 1994 — but who still officially reigns as president for eternity, his expertly embalmed corpse on display in the capital.

Meanwhile all the talk of the importance of 2012 has made cynics suspect the regime’s begging abroad for food aid, if not intended to build up grain reserves for use in war, is part of a scheme to feed people well during the big year and thus buy their approval of the successor.

Jong Un to date has to his credit no known achievements in improving the people’s livelihood. Defector-staffed news organizations say his elevation is being greeted without enthusiasm — in some quarters with outright hostility.

If the idea is to build up war reserves of food, that might suggest that the regime plans — if not all-out war, which is unlikely for the time being — further provocations like the sinking in March 2010 of the South Korean navy ship Cheonan and the artillery shelling of the South’s Yeonpyong Island in November.

All the provocations may be intended in part as demonstrations that Kim Jr. is a tough guy, fit to lead the military. But, if the fed-up South Koreans retaliate harshly, as they have made clear they are preparing to do, the next provocation could conceivably lead to a war regardless of the North’s intent.

Optimists point to the South’s publicized determination to retaliate next time and indications that the U.S. might help as constituting sufficient deterrent that the North isn’t likely to provoke further soon.

Pessimists point out that the North’s submarine fleet is holding unusual exercises in the same disputed waters where the earlier provocations occurred.

They also point to a report warning that the South’s fighter jets and helicopters are sitting ducks for the North’s new infrared heat-seeking ground-to-air missiles.

Former U.S. President Jimmy Carter is headed for Pyongyang to try to get talks restarted on North Korea’s nuclear weapons program. Here again optimists and pessimists can find justification for their mindsets.

On the positive side, the Japan earthquake shook up the Pyongyang leadership enough that it pressed South Korea to start meeting on plans for coping with a possible eruption of Mount Paektu, a mountain sacred to all Koreans but situated on the North Korea-China border. Paektu last erupted in 1903.

The cycle has been an eruption once a century or so, which means it’s due. Some experts have suggested that North Korea’s underground nuclear testing in 2006 and 2009 disturbed the volcano’s core and made a great disaster more likely.

That doesn’t seem to be causing the Kims to think twice about the wisdom of maintaining their nuclear program, though. On the contrary, the North has suggested that if Libya had not given up its nuclear weapons program the foreign coalition currently enforcing a no-fly zone against the forces of Col. Muammar Gaddafi would not have dared intervene.

In view of that argument, and the impeccable logic it reflects, better not look for North Korea to give up its nukes any time soon. More likely is further nuclear testing as the country works toward fielding an arsenal of nuclear tipped missiles capable of reaching the United States.

Bradley K. Martin, the author of "Under the Loving Care of the Fatherly Leader: North Korea and the Kim Dynasty," is completing another book about the country.