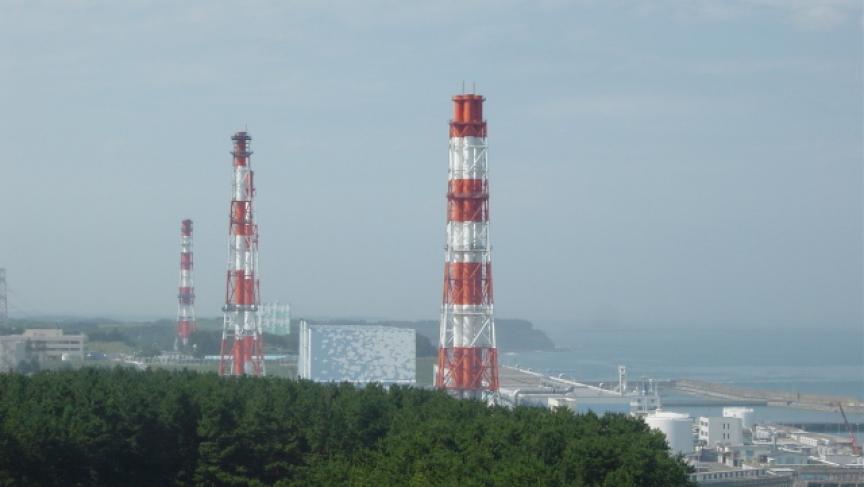 **Update April 26, 2011: UCS has released an updated version of their report estimating total cancers and cancer deaths attributable to Chernobyl, which revises their estimates slightly downward from their original posing of April 7—from 70,000/35,000 to 53,000/27,000.**

For four weeks now, the world has watched with a surreal combination of horror and helplessness as the Japanese have struggled to regain control of their crippled nuclear reactors in Fukushima, staunch the flow of radioactivity, and evaluate the long-term impact of the disaster on human health, the environment, and communities near and far. Perhaps the only thing that anyone can be sure of nearly a month into this crisis is that we still can’t be sure of anything, and won’t be able to be for weeks, months, or maybe even years.

But there’s one thing of which most experts have been assuring us: in the end, Fukushima likely won’t be as bad as Chernobyl.

Problem is, that comparison falls short for a number of reasons. To start with, no one knows how “bad” Chernobyl really was.

We do know that the 1986 explosion and fire blanketed large parts of Belarus, Ukraine and Russia with high levels of radioactivity, including a roughly 30-kilometer hot zone around the plant that will be off limits to most people for centuries. We also know that much smaller amounts of radioactive fallout spread across Europe and around the world, and worked their way into ecosystems and food chains thousands of miles away.

But estimates of the human health effects are still all over the map.

In the years after the accident, critics of nuclear power warned of hundreds of thousands of deaths from Chernobyl-related cancers.  A few people today still hew to  those estimates, but in 2005, a multi-agency UN study provided a much less alarming figure and the closest thing yet to an official estimate of total projected cancer deaths—somewhere in the neighborhood of 4,000.

That’s still a lot, but nowhere near the level feared.

Of course the UN report was hardly the last word, either. A year later, Greenpeace countered with a report of its own estimating the total number of likely Chernobyl-related deaths at roughly 90,000 — more than 20 times the UN estimate. That report in turn was criticized for relying on bad science.

Fast-forward to 2011, and a new analysis just this week from the highly-credible nuclear watchdog group, the Union of Concerned Scientists. UCS physicist Lisbeth Gronlund re-crunched the UN’s data from the 2005 report and others, and came up with her own estimate of total Chernobyl-related cancer deaths: 35,000.

That’s less than half Greenpeace’s estimate, but roughly 10 times the UN’s “official” figure.

And of course that doesn’t begin to account for non-cancer health effects, ecological impacts, and the immeasurable psychological effects of fear and uncertainty.

This debate over Chernobyl’s deadly legacy likely will go on as long as people remember its name, largely because any assessment necessarily involves estimates, extrapolations, huge uncertainties and controversial dose-response models. And however many there are, most of the deaths and non-fatal cancers caused by Chernobyl will be hidden as virtually undetectable blips in a vast sea of cancers. Roughly 40 percent of humans will get cancer in their lifetimes, and roughly 20 percent will die of it, so even 70,000 more cancers cases throughout the affected populations may barely be noticed.

Unless you’re unlucky enough to be one of them. The fact is, whether it’s 4,000, 35,000 or 90,000, every single one of Chernobyl’s victims represents a human tragedy that will reverberate widely through each person’s family and community.

As will be the case with Fukushima. No one yet knows what the ultimate impact of this unfolding disaster will be on human health, communities and the environment. But even in the likely case that it doesn’t turn out to be as “bad” as Chernobyl—even if there end up being fewer than 4,000 deaths, and a ghost zone of perhaps only hundreds of square kilometers instead of thousands—have we really dodged a bullet?

Ultimately, we don’t need to know how “bad” Chernobyl was to know that it should be no one’s benchmark of relief.

I’m not using this disaster to make an argument against nuclear power. For the time being, until the world gets much more serious about developing cleaner alternatives, we face a phalanx of bad choices. All of our other current major sources of energy—oil, coal and even natural gas and hydropower—have huge environmental impacts, some arguably worse than any price we’ve paid so far for nuclear power.

What I am arguing against is using abstractions, phantoms, to imply that Fukushima or any other disaster is somehow less bad than it could have been. What’s happening in Fukushima is terrible in its own right, no comparison needed, thanks. It should evoke horror in all of us, along with compassion, and a serious reckoning about how we’ve organized our economies and feed our insatiable appetite for energy.