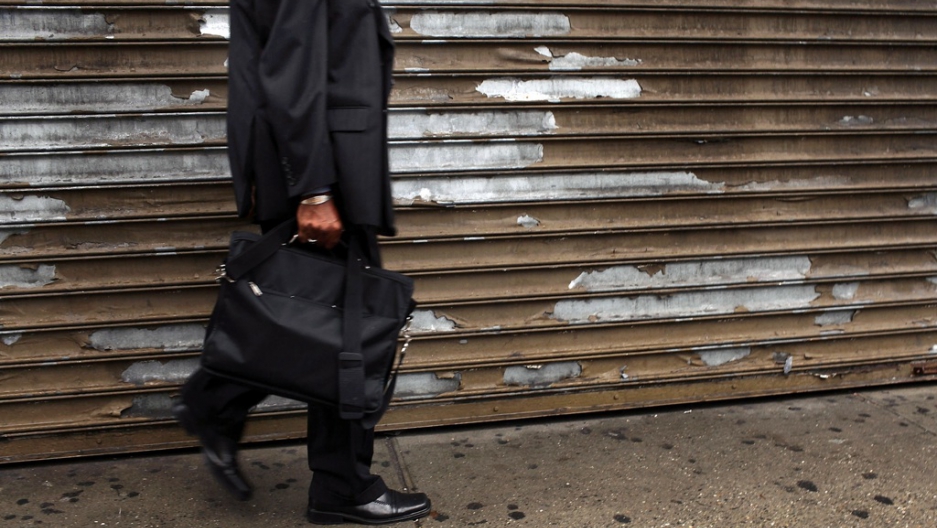 A man walks by a shuttered store in an economically depressed neighborhood on September 28, 2010 in the Brooklyn borough of New York City.
Credit: Spencer Platt
Share

Is the free market the best economic system in the world?

Back then, the answer for most Americans was: "Why, of course it is."

In fact, a world-leading 80 percent of those Americans polled by Globescan in 2002 said that capitalism and the free market was the best economic system to bring prosperity to the world.

But what happens when ten years passes, income inequality continues to rise, scandals repeatedly sweep through big corporations and across Wall Street, unemployment jumps to above 10 percent, and the U.S. economy stumbles to its darkest period since the Great Depression?

Support for free markets goes down, of course. Way down.

According to Globescan's latest survey released today, only 59 percent of Americans said they they "strongly" or "somewhat" agree that the free market is the best economic system for planet earth's future.

That's now below popular opinion in the surging economies of China (67 percent) and Brazil (also 67 percent).

Germans — at 68 percent — are still the world's happiest capitalists, according to Globescan.

“America is the last place we would have expected to see such a sharp drop in trust in the free enterprise system," Globescan chairman Doug Miller said in a statement announcing the results. "This is not good news for business.”

The U.S. figure dropped 15 percentage points from 2009. It was led by a huge decline in America's poor and women. Here's how Globescan parsed the decline in these two groups:

"Americans with incomes below $20,000 were particularly likely to have lost faith in the free market over the past year, with their support dropping from 76 percent to 44 percent between 2009 and 2010. American women have also become much less positive, with 52 percent backing the free market in 2010, down from 73 percent in 2009."

India, meanwhile, clocked in at 59 percent — the same as the U.S.

France slid to about 30 percent.

Did you just hear that noise?

It sounded a lot like Adam Smith rolling over in his cold, Scottish grave.