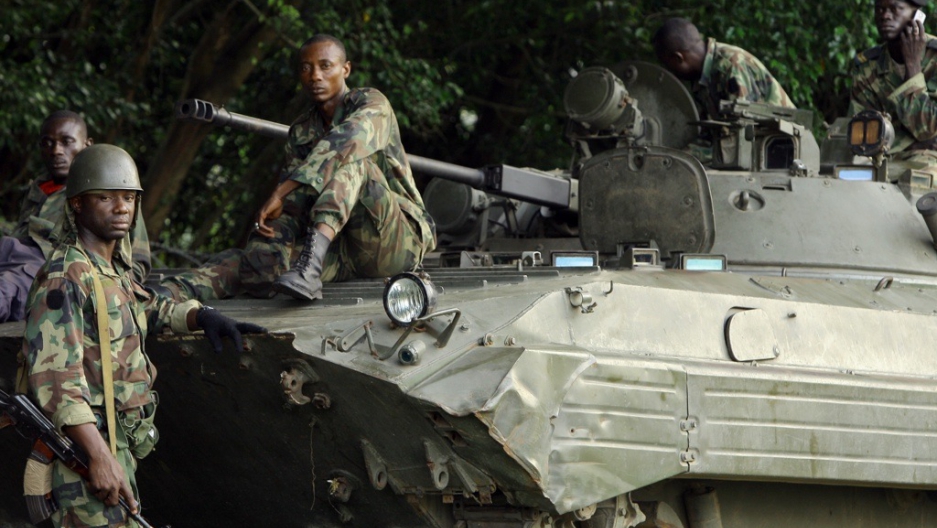 BOSTON — Why should we care about the conflict in Ivory Coast?

With civil war raging in Libya and protests changing the face of the Middle East, not to mention the ongoing nuclear catastrophe in Japan, why should the fighting in Ivory Coast be of compelling interest to us?

That’s the easy answer. Ivory Coast produces 40 percent of the world’s annual cocoa production and the four months of simmering conflict have already sent the international price of cocoa up.

That should make anyone who likes a hit of chocolate to sit up and take notice of the violence in Ivory Coast.

Of course, there are many other reasons why Ivory Coast matters.

There is plenty of drama. For example, the lightning drive by forces loyal to Alassane Ouattara, the internationally recognized winner of the November presidential election, in which they took control of almost all the country. Human rights abuses have been committed on both sides and more than 1,800 people have died. The fighting is preventing doctors from treating wounded civilians.

Now a vicious battle looms for Abidjan, the country’s largest city. Laurent Gbagbo, the incumbent president who lost the November elections but refuses to step down from power, still controls a few key parts of the capital, including state television studios, the presidential palace and his own personal mansion.

Laurent Gbagbo is a Sorbonne-educated history professor who turned himself into a demagogue and strongman. He has held power for 10 years and, at 65, wants to extend his rule. Even as international sanctions have restricted his rule and the United Nations, the African Union, the EU, the United States and neighboring countries have urged him to step down peacefully, Gbagbo has refused.

Instead Gbagbo has armed and incited several thousand young male followers in Abidjan to fight against Ouattara’s supporters. This has created chaos and fear across the capital. Now the desperate Gbagbo has urged his followers to gather around his residence to act as a human shield.

Alassane Ouattara, 69, is equally bedeviling. An economist educated in the United States, at Drexel University in Pennsylvania, Ouattara worked for the International Monetary Fund as its director for Africa.

Ouattara’s 5,000 troops — also young, armed and dangerous — have entered Abidjan and vowed to finish off Gbagbo. They now have support from the United Nations peacekeeping force, which has about 7,500 troops in Abidjan and fired Monday on Gbagbo's bases in Abidjan. The U.N. said it was striking against Gbagbo's forces to stop attacks on civilians and the U.N.'s troops. French troops also fired upon Gbagbo's bases. The French have taken control of the Abidjan airport.

It is a tragic conflict for a country that is strategic for the entire region of West Africa. Ivory Coast’s GDP of $37.8 billion gives the population of 22 million people a per capita income of $1,500, which is relatively high by regional standards.

In the 1990s, Ivory Coast was a model of West African democracy with a flourishing economy that provided prosperity to its people and attracted workers from neighboring countries to jobs in large agricultural industries like cocoa, coffee, palm oil and rubber. Ivory Coast’s economic growth helped to spur development in neighboring countries. Now its conflict has caused 1 million Ivorians to flee their homes and threatens to resuscitate the civil war that wracked the country from 2002 to 2005.

The simmering conflict has exacerbated Ivory Coast’s ethnic and religious divisions. The south, including Abidjan, is largely Christian and southern people have generally enjoyed more wealth and power.

The north is more Muslim and has a larger proportion of immigrants. Gbagbo has made a great deal of this by saying he is fighting a patriotic war to prevent Ivory Coast from being taken over by foreigners.

By all accounts the battle for Abidjan and for Ivory Coast will play out in the coming days.

After the fighting, the country will need some serious reconciliation to get the economy back in gear and all the nation’s people working again. That, at the very least, will get Ivory Coast producing its cocoa again.