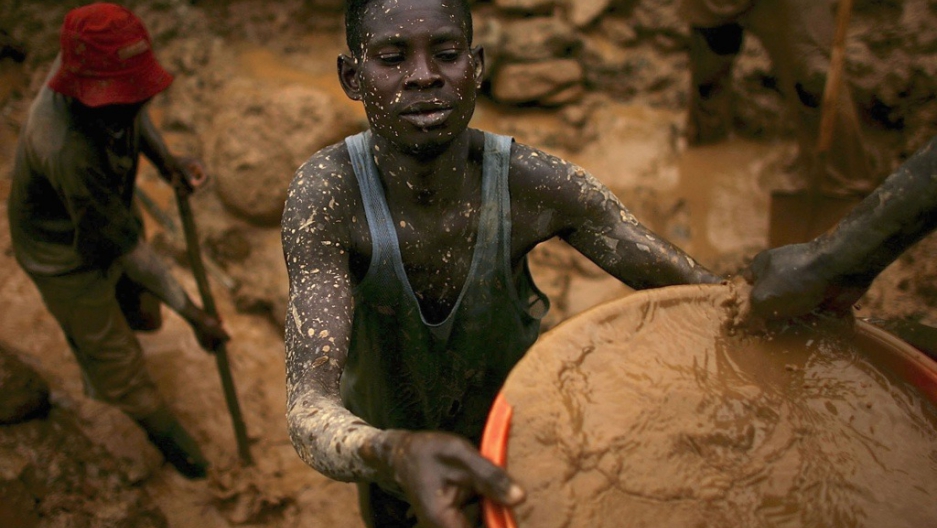 GISENYI, Rwanda — Looking across Lake Kivu toward the hills of eastern Congo, Faustin Ntawangundi is an anxious man.

For the last 12 years, Ntawangundi has worked for a minerals trading house in Goma, just across the border in Congo, inspecting locally mined ores that produce the minerals tin, tantalum, and tungsten. It’s a decent living in a region where 15 years of conflict have destroyed most other livelihoods.

Yet Ntawangundi's job has recently come under threat: first, due to a recent mining ban in three of eastern Congo’s provinces, and now due to a well-intentioned law crafted thousands of miles away in Washington.

Until Congo's mining ban was lifted on March 10, Ntawangundi had been out of work since September. That's when Congolese President Joseph Kabila enacted the surprise measure after a visit to Walikale — a mineral rich area where a grisly summer rampage took place in which rebels raped at least 179 women. While the motivation behind the ban remains unclear, Kabila claimed it was part of an effort to crack down on “mafia-like groups,” that have long grown rich by extorting the minerals supply chain.

Thought to be the world's deadliest conflict since World War II, the Congo crisis did not begin because of mining, and it remains a complex tragedy driven by regional and ethnic power struggles, land rights and a vacuum of governance. Still, most analysts contend that the minerals trade, which various armed groups jockey to control, remains a key driver of the conflict and its associated sexual violence.

Armed groups — including the often-renegade national army — generate an estimated $180 million per year from illicit sales of the region’s four key minerals: tin, tantalum, tungsten (the so called “3T’s”), and gold, according to the Enough Project, a Washington-based campaign and prominent voice on Congo.

But these minerals are also a lifeline for workers like Ntawangundi, and the hundreds of thousands of Congolese that depend directly or indirectly on the mining sector. From the men that dig the rocks from open pits, to the traders selling wares at miners’ camps, to the pilots that transport ores from the mines to Goma, the recent ban left few in the region unaffected.

“The economy of eastern Congo is built around mining,” said Ntawangundi, who resorted to odd jobs during the ban that earned him a fraction of his normal salary. “I had to pull my children out of school. And it’s worse in the rural areas. People there are really suffering.”

Though the lifting of the ban has brought temporary relief, Ntawangundi and workers like him still have cause for concern — largely due to a controversial U.S. law that will take effect in April.

Buried deep inside the Dodd-Frank Wall Street Reform and Consumer Protection Act, signed by U.S. President Barack Obama in July, is a “Miscellaneous Provision,” that requires U.S. companies that use the “3T” minerals and gold — all commonly found in electronic devices — to disclose whether their supply chain contains minerals from Congo or any adjoining country.

From April onward, when the Securities and Exchange Commission releases a final set of rules that will bring the law into effect, firms sourcing minerals from Congo or its nine neighbors will be required to publicly reveal their efforts to conduct due diligence in their supply chains and declare whether their products are “D.R.C. conflict-free”: that is, whether their cell phones, laptops or MP3 players have directly or indirectly benefited armed groups inside Congo.

“The idea is to shine a light on the minerals supply chain and create transparency that currently does not exist,” said Darren Fenwick, Senior Manager of Government Affairs at the Enough Project.

While there are no penalties for firms continuing to use “conflict minerals,” those that do so face significant reputation damage and many targeted companies have already acted. With the support of electronics giants like Apple, Intel and Microsoft, the Electronics Industry Citizenship Coalition (EICC), an industry watchdog, initiated a scheme last year that puts pressure on smelters to trace the source of all the ores they purchase. From April 1, the program requires full traceability of all material from Congo and surrounding countries for a smelter to be certified as “conflict-free.”

Yet Congo’s supply chain is an extremely murky web stretching from thousands of pits to dozens of trading houses. Tracing the flow of minerals, therefore, is currently impossible. The International Tin Research Institute (ITRI), an organization of tin producers and smelters, has developed a method to track the flow of tin that it says would take at least two years and a significant boost in funding to roll out throughout the region.

In early March, the Malaysia Smelting Corporation (MSC), the only ITRI producer purchasing minerals from Congo, announced it will halt its Congo purchases, which represent 15 to 20 percent of its input feed, if it cannot meet the requirements of the EICC smelter audit program. This means that MSC is all but guaranteed to depart, and makes a de facto embargo on Congolese minerals very likely.

Many in Congo worry the short-term effects would be similar to those experienced during the recent Congo government ban, which put tens of thousands of miners out of work and left families on the brink of starvation, according to Axel Mutia, head of a cooperative representing more than 10,000 North Kivu-based miners.

Over the longer term, the effects of the legislation are less certain. Some analysts, including Jason Stearns, former coordinator of the U.N. Group of Experts on the Congo, argue that the threat of an embargo could compel Congo’s government to remove its troops from mining areas and actively engage in setting up traceability schemes which would accomplish part of the U.S. law’s objective. Yet it’s also possible, admits Stearns, that the region may see a rise in smuggling, which will disproportionally benefit armed groups who find buyers in less publicity-conscious countries like India and China.

This is a prospect that’s not lost on Ntawangundi, who worries that miners put out of work may have no choice but to join militias or revert to banditry.
“In the past, people in eastern Congo were farmers,” he told GlobalPost. “But now, it’s just too risky. If you plant your field, rebels might steal your crops or drive you off your land. After years of war, minerals are all we have left.”