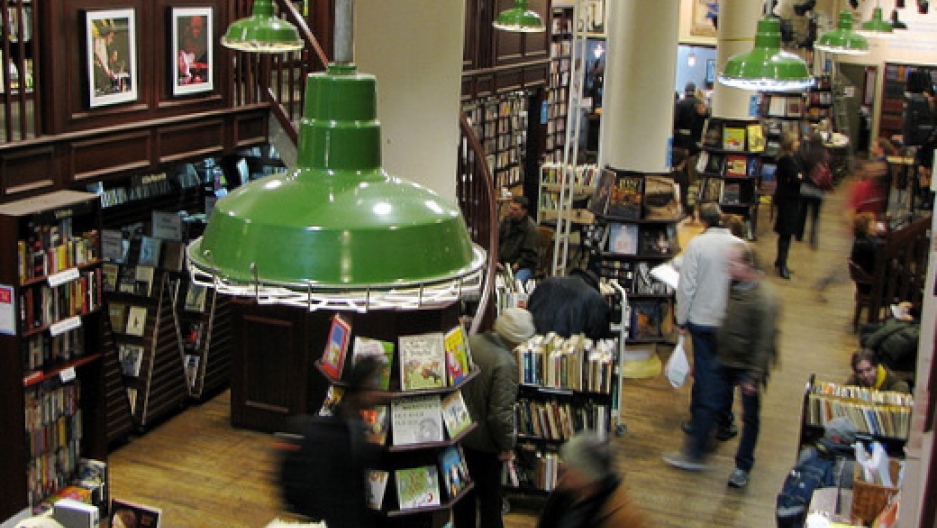 The past year has not been good for the traditional bookstore. In January, Amazon announced that it sold more electronic books for the Kindle than paperback books. In February, Borders filed for bankruptcy, and over a 4-week period from mid-February to mid-March, Barnes and Noble's stock dropped 50 percent.

In the early nineties there were five thousand independent bookstores in the US. Today there are fewer than two thousand.

The loss of bookstores isn't entirely bad news, according to internet technology consultant Clay Shirky. He says: "If we're concerned about books, we're in paradise right now because the average resident of Missoula, Montana has access to more of the world's literature now, than the average resident of Greenwich Village did twenty years ago."

Bookstores will need to change their approach if they want to stay alive. Village Books in Bellingham, Washington has done this by offering patrons the opportunity to affordably and quickly print their own books. The store has an Espresso Book Machine -- a $100,000 printer that can produce a library quality paperback book in five minutes. Housing Works Bookstore in Manhattan draws its patrons through one-time-only events and an atmosphere that fits the stereotype of a classic bookstore -- wood floors, spiral staircases, and wall ladders to extract the hard to reach finds.

Ultimately, the bookstore is a kind of community center. Shirky reflects on the value of the stores:

I think, if we lose the way that street level commerce actually causes neighbors to run into each other, cities become less good places to live.