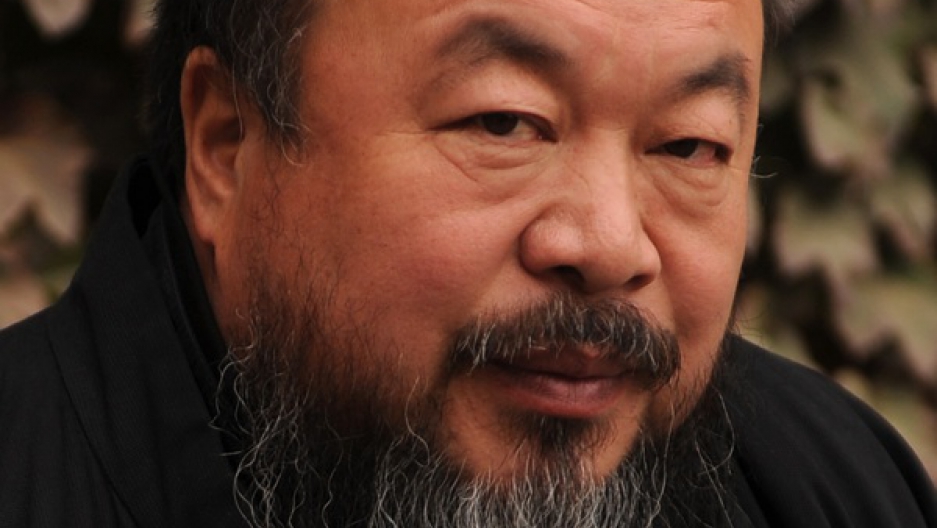 Chinese artist Ai Weiwei sits in the courtyard of his home in Beijing on November 7, 2010.
Credit: Peter Parks
Share

Ai Weiwei, perhaps China’s best-known artist and regime critic, was detained while trying to board a plane Sunday, apparently part of the country’s ongoing crackdown on dissent.

The road to his home and studio complex in northern Beijing was sealed off by police, and his associates reported on Twitter that the compound was being searched by police. Ai’s mobile phone was shut off and he could not be reached.

Ai has been a vehement critic of the Chinese regime’s restrictions on free expression, targeting its most sensitive subjects, and even launching his own investigation into the deaths of schoolchildren in the devastating Sichuan earthquake in 2008. Most recently, he has been using Twitter to share a running tally of critics detained and disappeared during China’s current crackdown on dissent.

In a 2009 interview with Global Post, Ai said he fully understood the risks of his social activism, but he was undeterred.

For years, observers had wondered how he managed to avoid full arrest, but he laughed at the idea that he had any special connections or a foreign passport.

Since online calls spread for a Jasmine Revolution in China last month, security forces have arrested dozens of lawyers, bloggers and other critics. Some have been charged with inciting subversion, while others are simply missing. Though Ai has only been unreachable for several hours, his arrest would be the highest-profile case in this ongoing clampdown. Given how the detention appeared to be organized in conjunction with a search of his property, this could be more than a temporary detention.

The news underscored just how aggressive China has become in its quest to wipe out criticism following the failed Jasmine calls.

“The possible impact on China's image is apparently not an issue for them, because that has nothing to do with stability, and stability is the first priority,” he said.