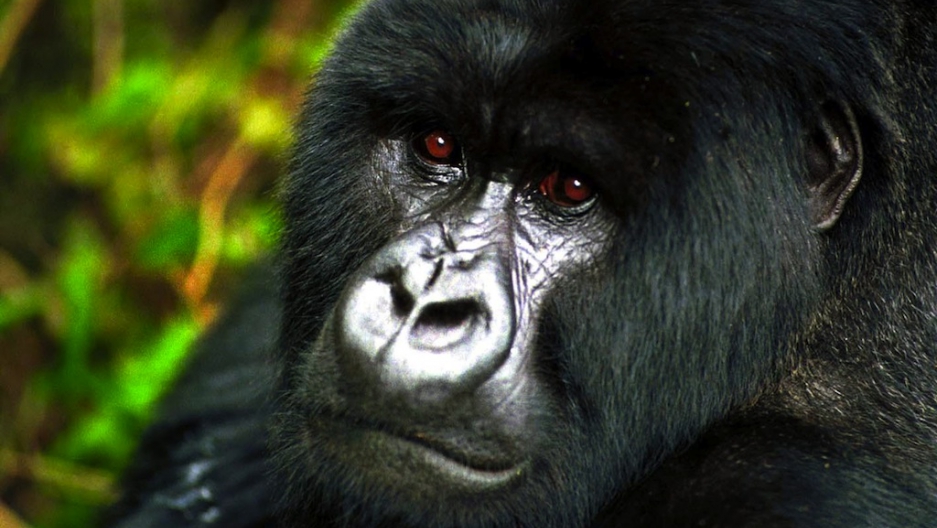 VOLCANOES NATIONAL PARK, Rwanda – There are few wildlife experiences on the planet that rival coming face-to-face with a 350-pound mountain gorilla.

About 20,000 people each year journey to Africa, mainly Rwanda, to see the fabled giants in their native habitat, paying $500 per person for permits, then trekking through thick jungles and up steep mountains to a single hour gazing at one of the most endangered species on the planet.

Gorilla tourism, though controversial since its start, may have saved the animals from extinction years ago by raising awareness and money for their protection. Now a new study has proven that human contact can also be deadly for the gentle giants.

Researchers have found, for the first time, a human virus was implicated in the deaths of two wild mountain gorillas, in a new study published in the journal "Emerging Infectious Diseases," a journal of the U.S. Centers for Disease Control and Prevention. Through tissue samples, scientists confirmed that two gorillas died in 2009 of a strain of the human metapneumovirus (HMPV). Disease links have been proven in captive animals before, but this is the first proven example found in wild gorillas.

While gorilla tourists are encouraged to stay home and relinquish their permits if they have any signs of a cold or flu, and local guides and trackers are given frequent health checks, it seems something slipped through the control system.

“We don't know how the virus got to the gorillas,” said Dr. Jan Ramer, regional manager with the Mountain Gorillas Veterinary Project, a partner in the study.

Ramer and other doctors from the Mountain Gorilla Veterinary Project operate as a swat team to monitor and treat gorillas suffering from life-threatening or human-caused trauma and disease. They say they’ve seen more respiratory disease outbreaks in recent years, and more severe cases in mountain gorillas. Infectious disease is the second most common cause of death in mountain gorillas.

The new research is important for several reasons, including preservation of the critically endangered gorillas. Humans and gorillas share about 98.5 percent of their DNA — a close connection that raised concerns gorillas may be susceptible to diseases spread by people. Scientists are already studying how viruses jump from primates to human — an important field in human health research — but this evidence brings the circle back around.

Plus, confirming that humans can give deadly diseases to gorillas shows just how vulnerable this already critically endangered species is. Scientists have said the number of remaining mountain gorillas is so small, it wouldn’t take much to do serious damage to the population.

Although all the remaining 700-some mountain gorillas live in protected national parks in Rwanda, Uganda and the Democratic Republic of Congo, the animals are surrounded by the densest human populations in Africa. Their numbers may be increasing, but they’re under continual threat.

Ramer said scientists have long suspected that a human sneeze could give gorillas a cold, in a manner of speaking. This evidence proves wild populations of gorillas are at risk.

Critics have long questioned gorilla tourism but the thousands of visitors to Rwanda, Uganda and Congo’s three-country park system pump vital money into the national parks, underwriting patrols that protect gorillas from other threats, such as poaching and kidnapping. Moreover, financial revenue generated by visitors coming to see the gorillas brings cash to local communities, giving residents a financial stake in preserving the gorillas and the parks, in a country where land and resources are scarce.

On the tourist trail, the rules call on human visitors to keep a distance of 7 meters (about 23 feet) from the animals when they trek through the jungle to watch gorillas. It’s a tough line to enforce when animals and people are packed into the jungle, which can be, as Ramer described it, like a salad bowl.

Ramer said it’s difficult to say what the implications of this study will be, but it’s important information to potentially saving the species.

“Gorilla tourism is a huge income to the country to help people surrounding the park and conservation in general in the countries with gorillas,” said Ramer. “Although a double edged sword, if done responsibly then the cost benefit is worth the risk.”

The study was a coordinated effort of Mountain Gorilla Veterinary Project, the Wildlife Health Center at the University of California, Davis, Columbia University and the Rwanda Development Board.