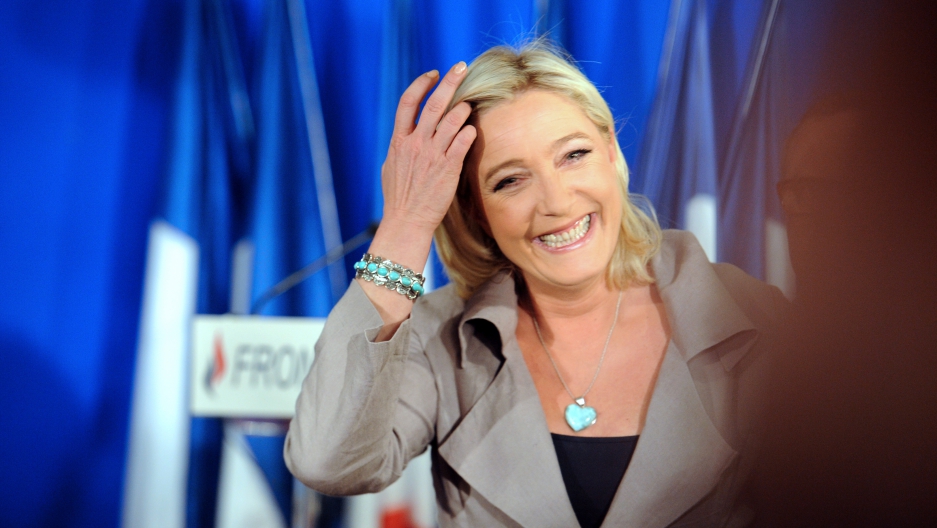 The elections, to choose the local councilors of France's 100 departments, were a key test of voter mood 13 months before French voters decide their next president, according to the Wall Street Journal.

Sarkozy's center-right Union for a Popular Movement (UMP) gathered about 20 percent of the votes cast nationwide, well behind the Socialist Party, which had about 36 percent, the WSJ reported, citing Interior Ministry figures.

The anti-immigrant National Front, which has surged in opinion polls under new leader Marine Le Pen, daughter of the party's controversial founder, Jean-Marie Le Pen, took 11 percent, according to Reuters.

April 2012 vote will pit the unpopular Sarkozy against French leftists and the resurgent extreme right. Recent opinion polls suggested that Sarkozy would be narrowly beaten into third place in a presidential poll by Le Pen.

Marine Le Pen, 42, told French television after the vote: "The restructuring of French political life is under way."

Le Pen, has compared Muslim street prayers to the Nazi occupation of France in World War II, has tried to rid the party of its racist image, according to the WSJ, focusing instead on economic nationalism.

She wants France to exit the euro, and to protect French business from imports.

"We're for the market economy, but we consider that the state must act pre-emptively to avoid the excesses of the market," said in a recent interview with Dow Jones Newswires and The Wall Street Journal.

Voters cared little about Sarkozy's renewed global stature, according to the Associated Press, adding that France's leading role in enforcing a no-fly zone over Libya had no bearing on Sunday's poll.

According to the BBC, Prime Minister Francois Fillon said in a statement that the National Front's score "shows that the protest vote must not be underestimated or trivialized."