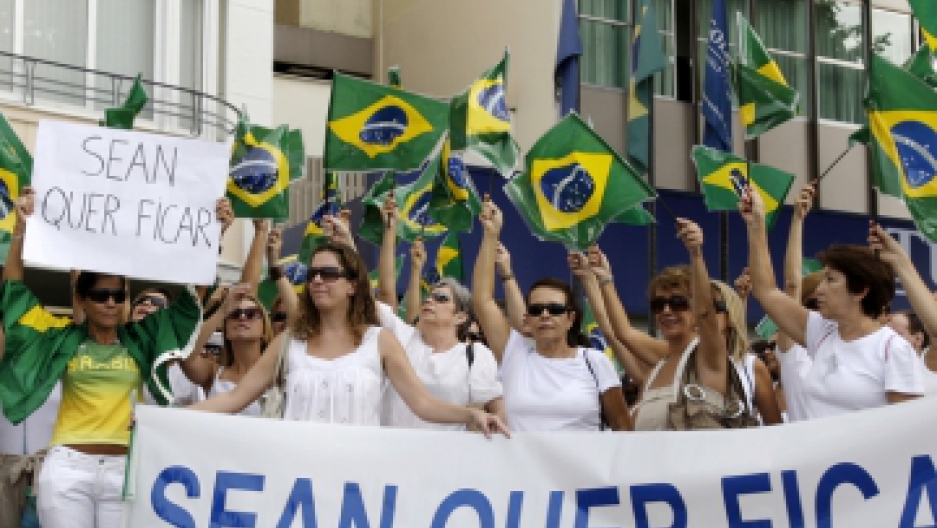 Protesters demonstrate in Rio de Janeiro March 15, 2009 against U.S. citizen David Goldman, who has been fighting for custody of his son Sean since his then-wife took the boy on vacation to her native Brazil. The banner reads: "Sean wants to stay".
Share

The grandfather of Sean Goldman, the 10-year-old Brazilian-American boy at the center of a huge international custody battle, has died. Raymond Carneiro Ribeiro Filho, 65, died of complications of lung cancer, the Brazilian news site G1 reported.

"My husband died with a great sadness in his soul,” his wife, Silvana Bianchi, told reporters. “Even battling cancer, he never stopped believing he would see his grandson again and what he wanted most was to see him one last time.”

The grandson in question was born in the United States in 2000 to an American father and Brazilian mother. The custody battle ensued in 2004 after the boy’s mother, Bruna Bianchi, took the boy to Brazil for a vacation and never returned. Bianchi won custody of the boy in Brazilian courts, remarried here, but later died after giving birth to the child of her new husband. All the while, Sean Goldman’s father had been fighting for custody of the boy through American courts—a battle he finally won in 2009 when the boy accompanied him back to the United States. The case generated a tornado of media interest and was followed closely by everyone from Brazil's president to members of the US Congress and Secretary of State Hillary Clinton.