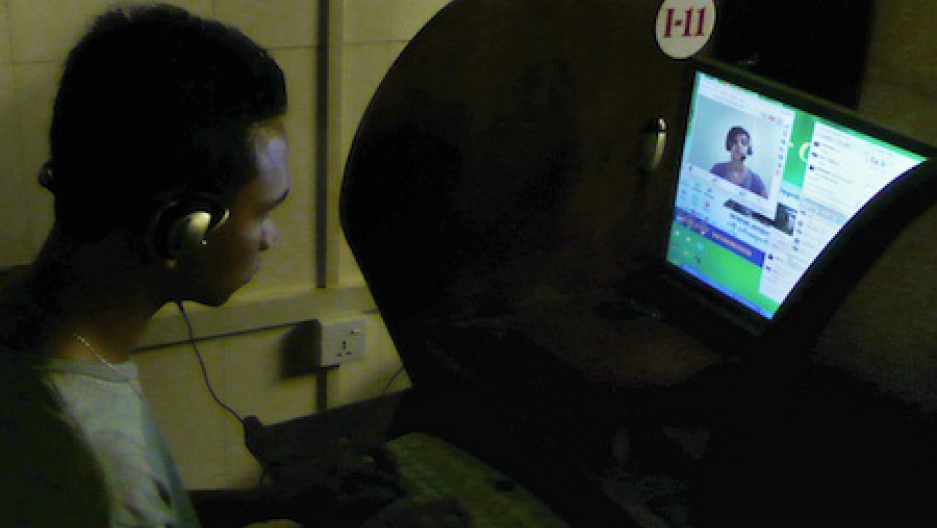 If you think U.S. cell phone bills are extortionate, consider this: until recently, acquiring a mobile phone number in Burma meant forking over nearly $1,700 to a state-run telecom.

That's just for the SIM card, the chip inside your phone that stores your number. It's an absurd charge in a country with a $1,100 per capita GDP, one of the world's lowest.

That would be like requiring someone in the U.S., where per capita GDP is $47,400, to spend more than $72,000 on a mobile phone number. (Now, for added effect, count how many cell phones you've lost.)

It's little wonder that Burmese fortunate enough to live near Internet cafes have discovered Skype and software like it such as Google Chat and Pfingo. Depending where you call, chatting through the Internet is somewhere between free (computer-to-computer) to about 25 cents a minute.

This is revolutionary in Burma, where a bleak economy and oppressive military have forced millions to live abroad. Though Burma's Internet infrastructure is pathetic, and its connection speeds sluggish, the Web is a crucial conduit linking Burmese on the inside to their friends and loved ones abroad. Even pro-democracy icon Aung San Suu Kyi uses Skype.

But Burma's military-controlled government wants to forbid Internet voice calls, according to this excellent report in Burma's exile media outlet, The Irrawaddy. At least one Web cafe owner inside Burma, reached by the Irrawaddy, says the ban will slash his revenue by up to 40 percent. Their report states that the junta has threatened cafes that offer Internet voice calls with "legal action" because it's "illegal under existing telecommunication laws."

Why does the junta want to snuff out service like Skype?

Money, for starters. These services deliver profit to foreign companies instead of the military government's telecom monopoly. Similar reasoning has triggered restrictions in countries from Belize to Oman.

Skype is also far more difficult to monitor than dedicated mobile numbers or land lines. That's a threat to the paranoid junta, which actively seeks out and crushes dissent.

According to the Irrawaddy, Burma's telecom agency has recently reduced the cost of a single SIM card to $560. Progress? Barely. In neighboring Thailand, competing telecoms recruit customers by handing out SIM cards for free. (I bought the SIM card and number I've used for years from a 7-11 for about $1.50.)

Hopefully the Skype ban won't stick in Burma's Internet cafes. Perhaps it will, snuffing out a smart, cheap and simple link between Burmese people and the outside world.