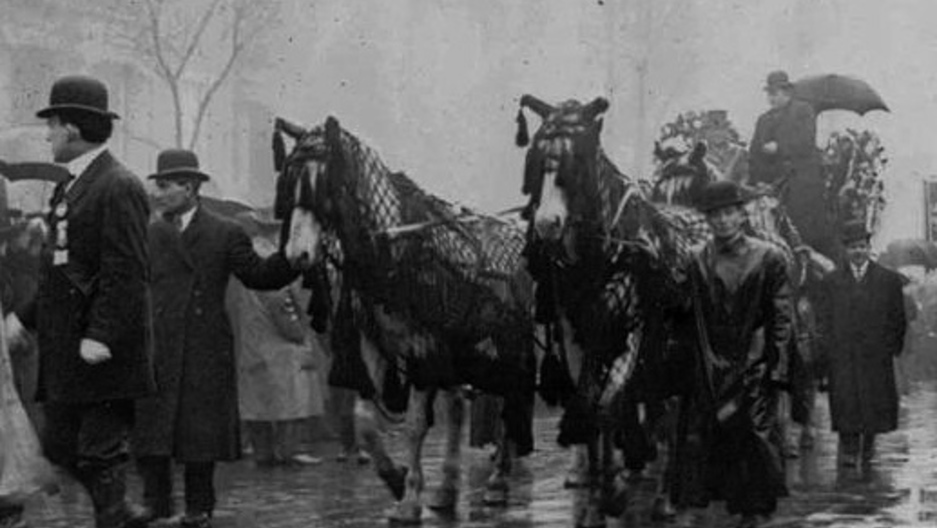 This month marks the 100th anniversary of the most deadly industrial disaster to occur in New York City -- The Triangle Shirtwaist Factory Fire. Within 18 minutes, nearly 150 sweatshop employees died, either in the fire or by falling to their deaths attempting to escape the flames.  The majority of the dead were young women, many of whom were recent immigrants.

Tonight, HBO is premiering a documentary on the tragedy, "Triangle: Remembering the Fire," written and directed by Daphne Pinkerson. Pinkerson explains how the fire came to happen to PRI's The Takeaway:

What literally caused it was, they think, a discarded cigarette. But ultimately what caused it is that government at the time, didn't enforce regulations that would cost business money. There were safety precautions that existed at the time. Sprinklers existed. Fire drills were in widespread use in the public school system. The factory owners had been warned that it was too crowded; that the workers would panic if there was a fire. So the cause was really negligence on the part of government and the owners.

The disaster was particularly public in its devastation, with hundreds of people witnessing the deaths. The women were also placed in coffins directly on the sidewalk.

As a consequence of the disaster, the government became more involved in labor safety. In New York City, thirty-six laws related to worker safety were passed, but according to Leigh Benin whose grandmother's cousin died in the fire, many of the dangerous circumstances that led to the fire still occur today.

In large measure, the garment manufacturing has been exported abroad and the same kinds of fires occur there, but even in this country, as everyone knows from British Petroleum and Massey Energy, people are dying in industrial accidents all the time, and now there are proposals to cut back funding for OSHA, which means that there won't be inspectors to enforce the safety regulations that actually exist.