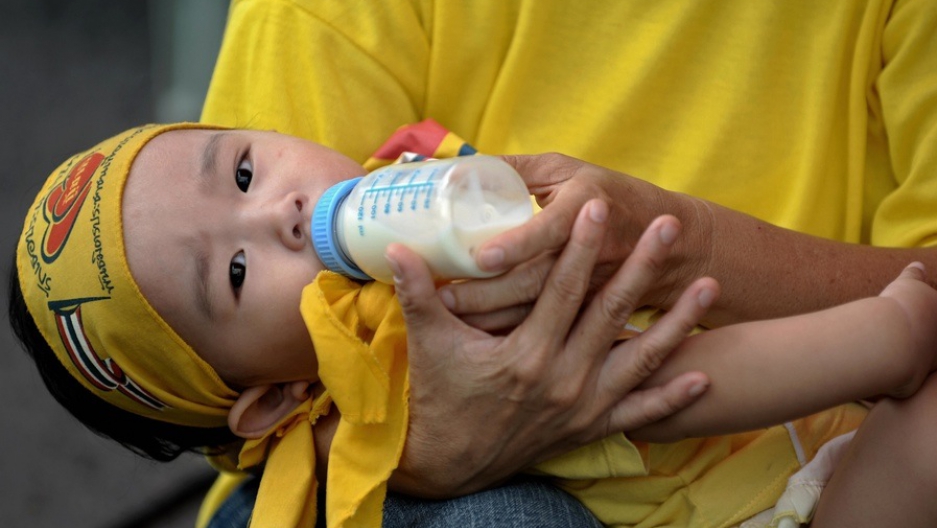 In its promotional material, the Asia-based operation makes pregnancy sound like an illness. Its symptoms include “loss of intimacy,” growing “out of shape” and, of course, “birth pangs.”

The solution? Fertilize a foreign stranger who will be fed nutritious meals, housed in a Bangkok suburb, monitored around the clock and kept to a precise sleep-wake schedule. “It is quite suitable,” says the agency’s broken-English pitch, “for the women who desire to have kids but no time for pregnancy.”

Babe 101, operating in Thailand, Cambodia, Vietnam and Taiwan, is blunt in its mission. While other agencies shun women seeking surrogacy for the sake of beauty and convenience, Babe 101 welcomes them. For women with eggs incapable of in-vitro fertilization, the outfit presents a gallery of lovely ovum donors with desirable DNA posing in jean shorts by a pool.

Though legal in the United States, and thriving in India, surrogacy for profit is largely banned in Asia. Most governments — Thailand and Taiwan included — are uneasy with the tricky ethics of wealthy couples paying comparatively poorer women to bear their children.

But, according to Thai police, Babe 101 signals the rise of a new phenomenon: surrogate rings cutting costs through human trafficking. Police have shut down the agency, now accused of deceiving at least a few of its surrogate moms with guarantees of unrelated jobs.

In late February, police raided Babe 101’s Bangkok headquarters, a gated two-story house in a quiet suburb. They removed 15 women, all Vietnamese. Two had just given birth and seven were pregnant, among them a woman 20 weeks along with twins, according to Thailand’s Ministry of Public Health.

The health minister, Jurin Laksanawisit, quickly announced the arrest of Babe 101’s staff: four Taiwanese, one Chinese and one Burmese. “By law, we’ll only charge the cross-border human trafficking agency and the hospitals if they did the artificial insemination illegally,” he said.

The women, he said, will be treated as victims and not criminals. Most agreed to become surrogates, police said, though some were tricked.

The Thai government has promised DNA tests to determine the unborn infants’ genetic parents. But, once born, who will have rights to the children? The women paid to carry them? Or the genetic parents who forked over huge sums for a baby bearing their genes?

“These governments are confronting something that’s totally new,” said Phil Robertson, deputy Asia director for Human Rights Watch. “It’s simply beyond the belief of most people.”

Human Rights Watch hasn’t taken a position on international surrogacy per se, Robertson said. “Like many others, we’re caught by the newness of this issue,” he said. “As the government investigates this, and explores these tricky ethical issues, they’ve got to remember that these woman are victims ... in a vulnerable situation, being exploited and controlled.”

For women unable or unwilling to birth babies, the agency offers a $32,000 surrogacy package. A couple supplies their sperm and ovum and picks their future child’s desired gender. A female surrogate is selected for implantation. The company then moves the surrogate to a boarding house full of other surrogate moms where their schedule and diet is strictly regulated.

For couples unable to supply a healthy ovum, Babe 101 also offers more than 40 “oriental selected egg donors.” Their photo gallery is laid out like a dating service with fetching, fair-skinned girls smiling sweetly at the camera. Most are photographed in skirts or jean shorts by a swimming pool.

These women are advertised only as egg donors. But even the surrogates, supplying their bodies but not their DNA, are selected by physical appearance.

Applicants for surrogacy are asked on an online form if they are “average” or “pretty.” They must also specify their eye size and whether they possess “single-fold eyelids,” common among ethnic Asians, or “double-fold eyelids” common among other ethnicities.

A visit to the boarding house raided by police suggests that Babe 101 lived up to many of its promises. As advertised, the house is located by a palm-lined lake in a sleepy, upscale neighborhood guarded around the clock. The gated two-story home, powder blue with red tiling, is hardly the hovel conjured by the words “human trafficking.”

“The problem is they couldn’t really go out,” said a Thai social worker assisting the rescued surrogates. She requested anonymity to avoid retribution for commenting on an open case. “The bosses had their passports and money. They couldn’t even go outside without someone going with them.”

This high degree of scrutiny is actually promoted by the company on the Chinese-language portion of its site. Surrogates are “accompanied by hand” while walking around the community, according to the site, which also promises they’ll be woken at 7 a.m., fed at specific times each day and put to bed at 10 p.m.

“The only thing surrogate needs to do is to look after the fetus and themselves,” says the website.

Calls to Babe 101’s listed number were answered in Chinese. When a Thai speaker was handed the phone, she declined to offer her name but confirmed the business was now closed.

On its website, the company posted a guarantee to customers that “the protection of the law is absolutely. [sic] Hundred percent peace of mind, you have no worries.” On the site’s Chinese-language forum, a man identifying himself as the company’s founder also posted a lengthy defense claiming legal persecution.

“Baby 101 is not a scam and it does not harm nation or society,” the post reads. “Surrogacy is the only hope for infertile couples.”

The Vietnamese women taken from Babe 101 headquarters are now housed in a Thai government shelter. “They’re in good health,” said the social worker. “I’m trying to track down all of their families.”

But the case’s unprecedented complexities, particularly those surrounding the unborn infant’s rightful guardians, are likely to draw the women into lengthy police and legal proceedings. “They need to figure out everyone involved,” Robertson said, “including where the previous children may have gone.”

But that information may be hard to find, according to a line in Babe 101’s promotional pitch. The operation promises both surrogate moms and clients that they won’t have “any connection” and that “after the contract fulfilled, bilateral information will be destroyed.”