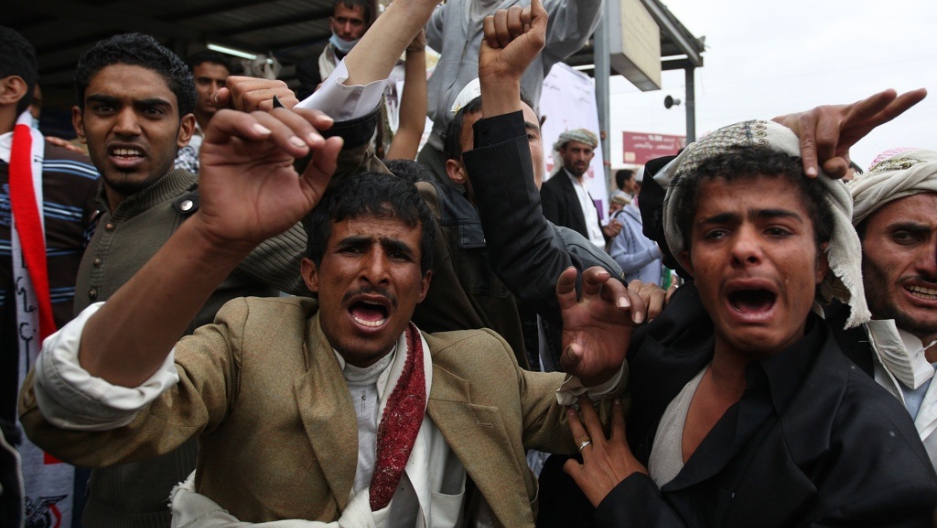 SANAA, Yemen — Police stormed a protest camp in southern Yemen Saturday in the latest attempt by government forces to crack down on unrest in the country.

Police fired tear gas and live rounds of ammunition as thousands of protesters gathered in the port city of Aden to call for the ousting of President Ali Abdullah Saleh, reports the AP.

The attack on protesters comes a day after Saleh declared a nationwide state of emergency in response to the killing of at least 46 anti-government protesters by sniper fire following Friday afternoon prayers.

Friday's violence was the worst seen in more than a month of protests against the Saleh regime, which have been taking place in major cities across the county.

As tens of thousands of protesters began to leave the protester's encampment set up around Sanaa University following noon prayers, men in civilian clothes opened fire from nearby buildings. Fires were intentionally ignited in one of the main streets leading the site of the protests, trapping panicked demonstrators and compounding the carnage.

Since it is common for families to attend the Friday prayers, young children were among those shot.

Witnesses said that those firing on the demonstrations were pro-government “thugs” and plain-clothed policemen.

Frightened local residents built walls across side streets in an effort to protect themselves from the violence. And army personnel did the same to try and seal off the protesters. The new obstacles added to the confusion as more protesters found themselves trapped from all sides.

As the gunfire rained down, wounded began streaming into a nearby field hospital established inside a mosque by doctors taking part in the protests.

The scene was horrific as doctors and nurses rushed to save those who still had a chance to survive.

Mohammed al-Moqassar, a local resident, lay on a hospital bed in agony from the bullet lodged in his elbow.

“I’ll be fine, go help the others,” he screamed at doctors attempting to treat him.

Doctors were clearly shaken as more wounded flooded the small, and ill-equipped, facility.

“I saw two people being brought in with a shot to the head and the neck. I think they were dead by the time they got here,” said Muhammad Adarous, one of the doctors.

Less severe cases were being treated outside in the mosque’s gravel courtyard, where demonstrators put blankets on the ground for the injured.

Wounded continued being carried into the field hospital even after the shooting had ceased. Ambulances carried those that were stable to a nearby hospital.

Hundreds of thousands of anti-government demonstrators protested across the country, pledging to camp in the streets until Saleh steps down and his three decades of rule are brought to an end.

State of emergency procedures in Yemen include barring all citizens from carrying weapons, which is no easy task. More Yemenis carry guns than in any other country in the world, except the United States. Curfews are also expected to be put into place.

The latest violence appears to be the next phase of an intensifying crackdown on both the protest movement and press coverage of it. Four foreign journalists, who were reporting on the government crackdown, were deported on Monday.