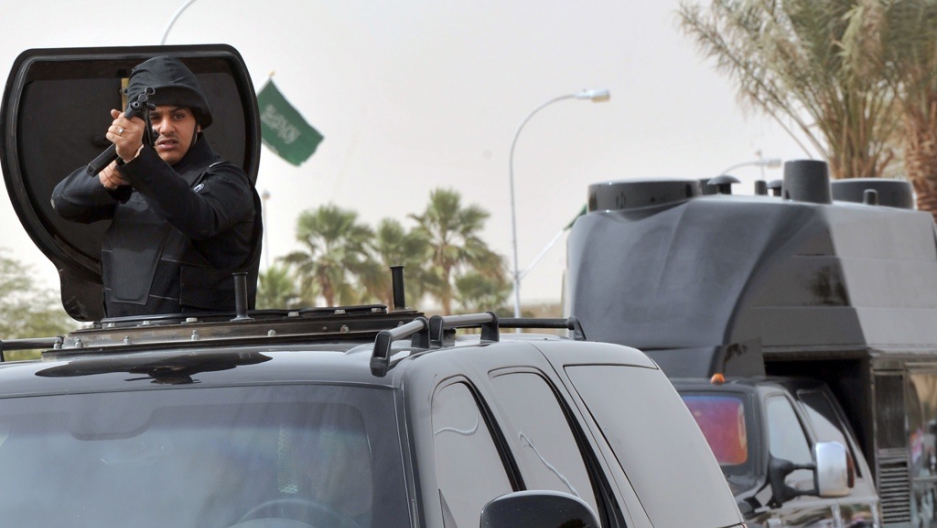 In a widely anticipated speech to the nation, the king addressed one of the most pervasive complaints of Saudis by establishing a new, high-level anti-corruption commission. But he also put new restrictions on the media, ordering it to cease criticizing religious figures under pain of prosecution.
A long expected cabinet shuffle did not occur.

It was the first time that the king addressed his nation since returning home Feb. 23 from a three-month medical leave abroad. His remarks were delivered on a day of continuing chaos in Libya, unprecedented violence against pro-democracy protesters in Yemen, and post-crackdown fear in Bahrain, where an icon of its reform movement, the Pearl Monument, was torn down.

The steps announced today by the king suggest that more conservative factions in the ruling royal family have gained the upper-hand. As they have in the past in times of uncertainty, they appear to be falling back on the religious establishment to bolster their political authority.

Reactions to the roster of initiatives were divided. Some Saudis praised the king’s generosity. Others, like human and political rights activist Mohammad Al Qahtani, expressed disappointment.

“I had hoped at a bare minimum for a cabinet reshuffle and the release of political prisoners,” he said. The rulers, he added, “think it’s all about finances and money, but people are yearning for more rights and a more accountable government.”

Al Qahtani said the move to give religious institutions greater clout “is a major setback. That counters all the predictions that Saudi Arabia is becoming more liberal.”

“For the people in Saudi Arabia, [the economic package] is excellent,” said political analyst Abdullah Al Shammary. “But for the elite, they still think about real political and economic reforms.”

The king, who is in his late eighties and recently underwent back surgery, read his brief statement of about three minutes sitting down. He thanked Saudis for being loyal, presumably for not taking to the streets on March 11 in response to calls for demonstrations made by unknown activists on Facebook.

"I am so proud of you. Words are not enough to describe you," he said, according to a translation provided by Reuters. "You are the safety valve of this nation and you struck at that which is wrong with the truth and at treachery with loyalty ..."

He made no mention of the several petitions requesting elections, a reformed judiciary and an opening up of the political system now dominated by the royal family.

The petitions, signed by thousands of Saudis of both Islamist and secular orientations, were presented to the king when he came home last month.

The king, who famously has been a staunch promoter of women during his more than five years on the throne, also made no mention of women’s rights. He also skirted comment on Saudi Arabia’s dispatch of 1,200 troops to Bahrain on Monday to help shore up its embattled royal family.

After King Abdullah’s remarks, two men took turns reading the numerous royal decrees on Saudi television, which took more than half an hour. The measures include:

— $67 billion to build half a million housing units to deal with a severe housing shortage.
— Setting a $800 a month minimum wage for government employees.
— An increase in unemployment payments and student bonuses.
— And more than $4 billion for new medical centers, and adding beds to existing hospitals.

These grants follow earlier ones in a previous economic benefits package estimated to be between $29 and $36 billion, which was announced when the king returned on Feb. 23. It covered unemployment insurance, housing loans and pay raises for government employees.

The country’s top religious body was also authorized to open branches in different areas of the country in order to dispense fatwas.

The ban on media criticism of religious clerics is likely to put an end to the vigorous public debate over clerical rulings that has gone on for more than a year. But it may not be widely accepted.

“Even Prophet Muhammed was criticized by his companions,” said one Saudi. “We should not give them immunity.”