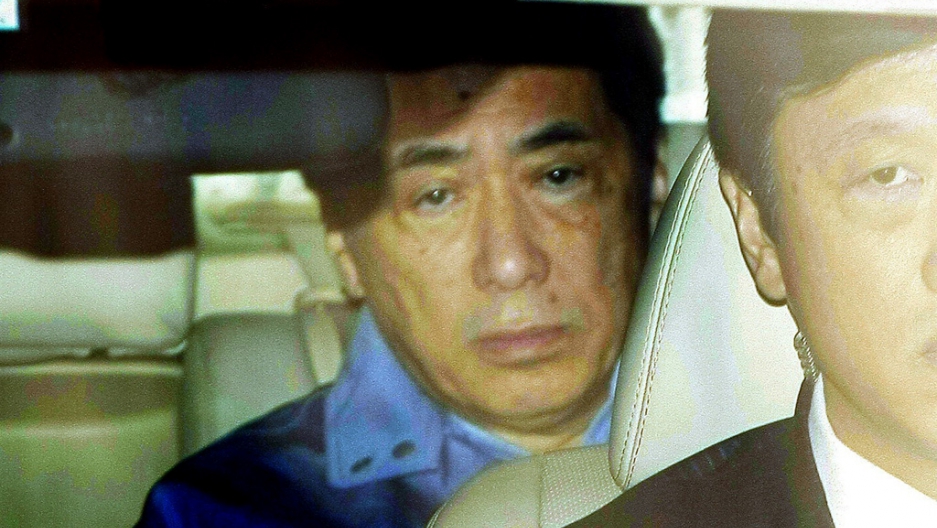 BANGKOK, Thailand — Even before the Tokyo press began to question his handling of Japan’s tsunami crisis, Prime Minister Naoto Kan was mired in criticism.

Even his wife is an unabashed critic. After Kan became premier in June 2010, she published the book “What on Earth Will Change in Japan Now That You’re Prime Minister?” It examines both his policy and bad cooking.

The 64-year-old premier has endured both scandal and scrutiny before. He may yet emerge as an icon of great leadership in Japan’s bleakest hour. But so far, he has failed to prove all-convincing.

Kan’s office and power plant officials have confused the public with vague details from nuclear facilities breached by the tsunami, wrote Tokyo’s Asahi newspaper in a March 15 editorial.

“Political leaders,” the paper wrote, “need to realize that simply repeating such phrases as 'There is no problem' or 'This is just a precaution' without offering specific information will only increase anxiety.”

Kan’s public profile has also been eclipsed by his chief cabinet secretary, Yukio Edano. The 46-year-old has impressed many Japanese with appearances on TV at odd hours with bleary eyes.

Both men have appeared on Japan’s NHK network in their sky-blue emergency jumpsuits. Shortly after the waves crashed, Kan addressed the nation with a poignant call to help rebuild the nation. The Japanese media consensus is that Kan has already bested the slow response time of Japan’s premier during the last horrific natural disaster, the 1995 Kobe earthquake.

But Edano has appeared on TV around the clock and spoken more “candidly” than his boss, Asahi reports. On Twitter, Japanese worried about Edano’s exhaustion started a campaign pressuring him to catch some sleep, according to AFP. A separate campaign, however, urges Kan to figuratively “wake up.”

Kan is Japan’s sixth prime minister in four years, the result of infighting and dysfunction in Japan’s parliament. In the weeks before the tsunami hit, pundits wondered aloud if Kan could weather such poor approval ratings.

From his former post as finance minister, Kan rose to the premier’s seat promising economic turnaround for Japan. His skill set appeared suited to the job; a poll last summer by Kyodo News revealed voters’ top three priorities as the economy, taxes and pensions.

Kan, a former activist, “had to claw his way up the political ladder on his merit,” according to an Asahi newspaper profile. He is remembered for his honest handling of a 1980s crisis in which more than 1,000 hemophiliacs were infected with HIV-tainted blood donations. Kan, then health minister, publicly apologized in 1996 and was praised for his candor.

Though his nickname in Japanese is “Irritable Kan,” a reference to his reputed hot temper, he is also known as a fiscal stickler.

But he is equally well-known because of Nobuko, his eccentric wife of more than 40 years.

Nobuko claims to have met Tom Cruise in a past life. (He was Japanese back then, she explained.) She also claims that her soul once visited Venus in a UFO. Kan has said he’s too scared to read her book, which opines that the premier is more of a “number two or number three person” than a leader.

But even their 1970 wedding proved Kan could endure pressure and scandal. The pair are first cousins, according to Japanese news outlet Yomiuri Shimbun, and his family strongly objected to their coupling.