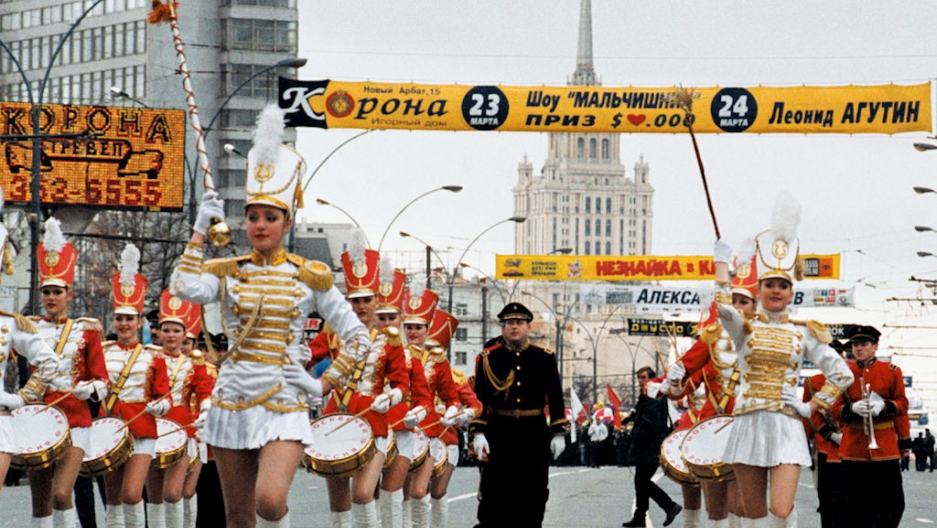 DUBLIN, Ireland — Global celebrations of St. Patrick’s Day, March 17, will be muted this year. Governments with poor records in human and civil rights are wary of pro-democracy activists using annual parades to stage protests inspired by the unrest sweeping through the Middle East and North Africa.

Financial woes crippling Ireland have also dampened the celebrations. Only nine government ministers will travel abroad this year to head up festivities, compared to 22 last year.

In China and Russia, parades honoring Ireland’s patron saint have been banned for the first time in Shanghai and Moscow. The parade in China’s financial capital, with marchers dressed as leprechauns, and wearing outsize green hats, has been popular with Irish and Chinese alike since it was inaugurated in 2007.

The Shanghai parade route would have taken Irish and Chinese marchers down the famous Nanjing Road East on March 12. City officials withdrew permission because they would have passed close to Peace Square, “a hotspot for recent phantom protest sites,” according to Irish Times China correspondent Clifford Coonan.

Security has been stepped up in Chinese cities after anonymous calls on the internet for a revolution similar to those taking place in the Middle East and North Africa.

The annual St. Patrick’s Day parade in Beijing, which takes place in Chaoyang Park, far from the traditional protest site of Tiananmen Square, has nevertheless been permitted to go ahead.

Since 1992, the first year after the fall of the Soviet Union, thousands of revellers have paraded annually along Moscow’s New Arbat to celebrate Ireland’s patron saint. However, the Irish Business Club in Moscow, organizers of the parade, said Monday it had been called off after lengthy discussions with city authorities about “chronic traffic jams” and “unpredictable extremes in weather conditions.”

This diplomatically-worded announcement — which allowed the city council to insist it wasn’t banned — comes against a background of growing street unrest in Russia.

On Jan. 31 rallies in support of the right to peaceful assembly took place in Russian cities and scores of protesters were arrested in Moscow and St. Petersburg as riot police enforced a crack down on unsanctioned protests, especially those advocating democratic and human rights. Russian authorities have also become jittery about street gatherings since 5,000 nationalists and skinheads clashed with police in the heart of Moscow on Dec. 11 last year and attacked members of ethnic minority groups from the Caucasus.

In both Shanghai and Moscow the Irish frolics were the only national day festivities permitted, and the processions of green-clad revellers, local and Irish, were considered by organizers as little more than harmless expressions of the genius of the Irish diaspora for colonizing city streets once a year. The annual Emerald Ball will, however, go ahead in Moscow and Shanghai. These formal dinner-dances have become a phenomenon of expatriate life for many nationalities as well as Irish in urban centers across the world. They are a high point of the social season in Moscow, Beijing, Shanghai, Hong Kong, Tokyo, Singapore, Sydney and cities across Europe and in North and South America.

Members of the Irish government traditionally fan out across the globe, at considerable taxpayer expense, to represent the home country at these sumptious black-tie dinners. However, aware of public outrage in Ireland over ministerial junkets and lavish expenses for politicians, the new coalition government of Fine Gael and Labour announced Thursday it had cut back the number of such trips by more than half.

No Irish government representative will travel this year to Shanghai or Beijing, breaking what had become an established practice.

One international journey will not be cancelled however: the annual visit to Washington on St. Patrick’s Day of the Irish taoiseach (prime minister).

The taoiseach is the only head of government in the world to have automatic access to the White House on one day each year — March 17 — and to be honored at an annual lunch hosted by the speaker of the U.S. House and attended by the president and senior members of the House and Senate.

Such access is too good a diplomatic opportunity to pass up for Taoiseach Enda Kenny, who took office March 8, especially when Ireland needs powerful friends as it struggles to attract trade and investment and overcome its financial meltdown.