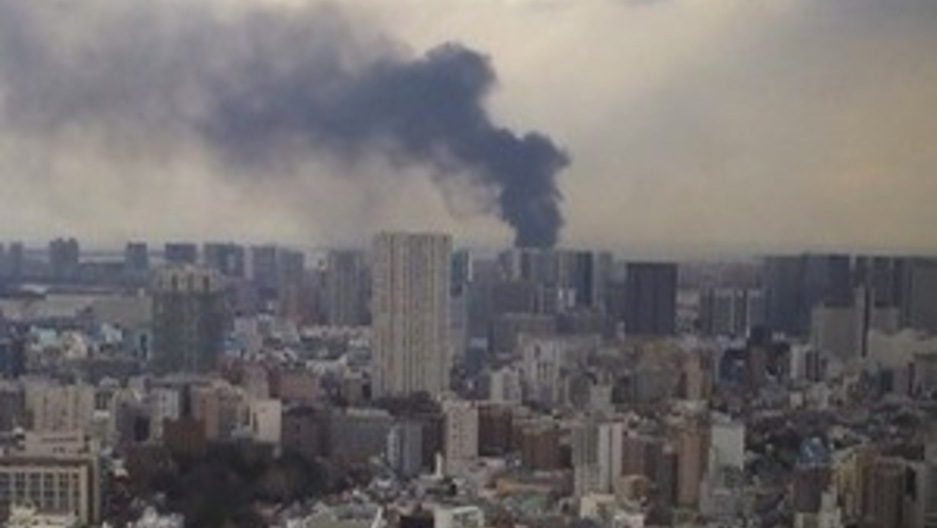 Earthquakes are more common in Japan than they are in much of the rest of the world. So engineers have spent a lot of time thinking about how to make buildings that won't collapse during quakes. That may be one reason why the recent earthquake in Japan wasn't worse.

"In many places in the world where you don't have earthquakes, people make the structures to be fairly strong and durable against wind and the weather," Stephen Mahin, director of the Pacific Earthquake Engineering Research Center told PRI's Here and Now. "But they're built in a way that if you bend them, they'd break like piece of chalk. So they're fairly stiff and strong, but brittle."

In Japan and California, engineers have started building structures that are more ductile. Mahin describes it like a paperclip: "you can bend it, and at some point it gives, way but it doesn't break. And you can bend it over and it will stay in that misplaced shape."

"The idea is to allow that structure sway but not to break," Mahin says. That design is what caused many buildings to shake rather violently, but not fall down. Mahin says, "tall buildings especially sway back and forth quite aggressively and frighten people understandably."

In spite of the magnitude of Japan's earthquake, or what some people are calling a "megaquake," Mahin says: "It seems that most of the new structures were able to go through the earthquake." Some of that can be attributed to this flexibility being designed into the buildings.

"A lot of these ideas have only been developed fully in the last two or three decades," Mahin says. Some of the older, concrete buildings in Japan were likely at risk. But the Japanese government had been taking steps to retrofit old buildings to make them more earthquake resistant. California has been takings similar steps as well.