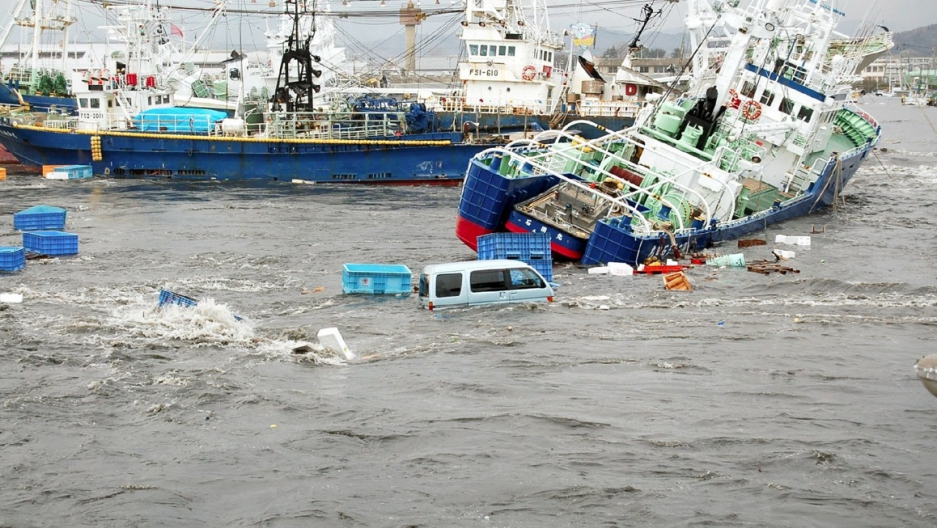 BOSTON — The images emerging from Japan's massive earthquake and tsunami are gut-wrenching. As usual, Americans will likely respond generously. Millions of dollars will be raised.

Some will hesitate because Japan is an advanced country, seemingly able to help itself. But reaching out across the globe to those in need is always a welcome gesture. Aside from the direct benefits of aid, a large-scale outpouring of support helps ease some of the deep psychological trauma that victims inevitably suffer. Donors also benefit. We feel better by participating in a gesture of mass global compassion.

Moreover, while the Japanese economy is one of the world's biggest, the country's government is broke. Its debt is about three times bigger than America's, relative to the size of its economy. This latest disaster will no doubt make matters worse.

If you’re considering doing your part, that’s great. But, experts say, whatever you do, don’t donate anything but money. Under no circumstances should you mail care packages, toys, food or clothes. Don’t even think about sending drugs. The response to prior disasters shows that regardless of your intentions, you will only be making matters worse.

That’s what happened in the aftermath of the December 2004 tsunami. The disaster was followed by an unprecedented outpouring of global generosity. This dramatically facilitated the grisly chore of cleaning up the tens of thousands of bodies left under the tropical sun, and it funded a reconstruction effort that, while far from perfect, provided roofs over the heads of many.

But aid workers joked that the real tsunami was followed by another tsunami — of misguided goodwill. In an effort to help, people shipped boxes, often following the instructions of local television news programs. And so in Aceh, Indonesia, amid the trauma, hunger and devastation, care packages piled up containing everything from pajamas and teddy bears to birth control pills and Bibles — a hodgepodge impossible to sort through. There were boxes filled with half-used ointments and prescription drugs, as if do-gooders had cleaned out their medicine cabinets. And some unscrupulous corporations — exploiting tax write-offs for soon-to-be-expired pharmaceuticals — apparently shipped whatever had been lying around the warehouse for too long.

It all amounted to a mountain of materials that confounded the efforts of the pros, and made it more difficult to deliver essential supplies on the earthquake-ravaged roads.

Months after the aftershocks stopped, the French aid organization Pharmaciens Sans Frontieres (Pharmacists Without Borders) conducted a study of that second tsunami. In a world where most people lack adequate access to medicine, the results were a travesty.

The group found that although officials didn’t request any medicine, they received 4,000 metric tons of it, or more than 4 pounds for each person in the tsunami-affected area. There were multiple-year supplies of antibiotics, and palette loads of drugs unknown to health care providers. Seventy percent of it was labeled in a language that locals did not understand.

Nonetheless, after the 2004 tsunami, officials and relief workers did their best to sort through this stock: Drugs were stored in private homes, in hospital rooms and corridors (despite a desperate shortage of space for patients). Eighty-four percent of the facilities lacked air conditioning, rendering their contents unusable, according to the study. A large depot near Aceh’s airport was so overwhelmed that mountains of pricey pharmaceuticals were dumped outside to rot under the monsoons and tropical sun.

Of course, the donors were only trying to help, but misplaced intentions actually worsened the suffering. Buried under care packages and out of date antibiotics labeled in Thai and Chinese were the world’s most advanced malaria medications. Meanwhile along the coast, people who had just lost homes and families writhed in malarial fever for lack of treatment.

In the end, most of the drugs had to be incinerated — you can’t simply send such a stock to the dump, where it would seep into the ground water and create another health hazard. That cost donors and the Indonesian government millions.

Aceh was by no means unusual in this regard. Massive shipments of useless medicine arrived on the scenes of other heavily televised disasters, such as the Armenian earthquake in 1988 and the Albanian exodus from Kosovo in the late 1990s. After the war ended in Bosnia, 17,000 tons of inappropriate donations had to be burned, according to Pharmaciens Sans Frontieres. Aid workers struggling to ease suffering after Hurricane Mitch reportedly worked late into the night sorting through half-used tubes of Preparation H and opened bottles of Prozac.

Such harmful donations will almost certainly flood Japan as well in the coming days. But if you want to help, send money to a reputable aid group instead.

Editor's note: A version of this story was originally published in the aftermath of the Haiti earthquake.