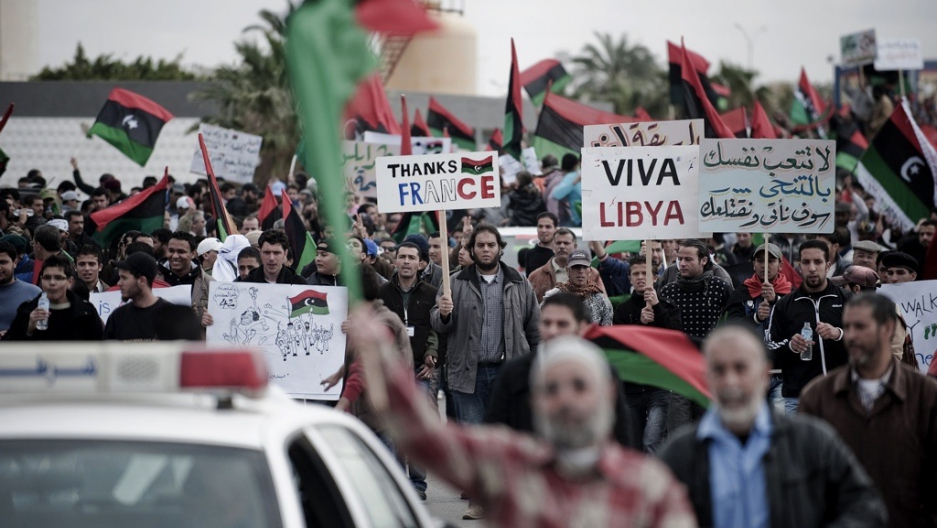 GENEVA, Switzerland — Courageous Libyans defying the repressive Gaddafi regime took to the streets not a month ago, but more than two years ago. Risking death sentences and unnoticed by most of the world, a small group of families began holding weekly demonstrations in Benghazi, the city that has become the epicenter of the uprising now sweeping the nation.

The families’ protests were part of an unprecedented campaign to seek the truth about a 1996 massacre of more than 1,200 prisoners at the Abu Salim prison in Tripoli, the Libyan capital. Notorious for torture, Abu Salim is run by the Internal Security Agency and houses many of Libya’s political prisoners. The massacre followed a prison riot over poor conditions.

The day after the riot, security guards forced hundreds of prisoners into courtyards and opened fire.

“The security officers asked for a list of sick people to take to the hospital. Then they blindfolded them and took them to the corner of the prison. They started with them. They were the first ones killed,” a former prisoner who was in Abu Salim at the time said. His brother was killed in the massacre.

For years the government refused to acknowledge the episode. Families tried to make inquires about their loved ones, but were turned away by Libyan authorities or told that their family members were fine. Gradually, from other prisoners who were released from Abu Salim, they began to realize the horrific extent of the massacre. Many of the dead were from Benghazi, Libya’s second-largest city.

Despite Libya’s repressive laws, the families began to organize to learn the truth and to demand prosecution of those responsible. In March 2007, about 30 families lodged a civil claim before the North Benghazi Court, demanding information about the fate of their family members at Abu Salim. The court, after stalling and an appeals ruling, found in their favor, but the government refused to implement the ruling.

Under Libyan law, people can be sentenced to death for group activity considered contrary to the al-Fateh Revolution, which brought Col. Muammar Gaddafi to power in 1969. The families were aware of the potential risks, but were determined to speak out.

“Every time I went to a demonstration I was preparing myself for arrest,” one family member said. “But I have nothing to fear. Four of my brothers were imprisoned in Abu Salim and two of them died there. I am not afraid anymore.”

Some family members were harassed and interrogated. In March 2009, four members were arrested and detained for several days, including Fathi Terbil, a young lawyer who represented the families and whose arrest on Feb.15 set off the current protests. But the families kept going, and on the 13th anniversary of the massacre, more than 200 women, men and children marched through Benghazi.

The Libyan government tolerated the families’ actions since it was trying to rehabilitate its international image and end its longstanding diplomatic isolation. The families persisted, filing complaints with the United Nations, posting videos of their demonstrations on Libyan websites abroad, and issuing their demands. They won remarkable concessions: Libya’s top leadership acknowledged the massacre, and officials notified over 900 families that their loved ones had died, issuing death certificates and offering about $100,000 in compensation for each prisoner killed. But many of the families refused the money, believing that they had a right to know the full details of the prisoners’ deaths and that those responsible should be held accountable.

The fact that Libya’s current uprising began in Benghazi is no coincidence. The remarkable organizing by these families helped lay the groundwork for the people’s resistance movement. While the popular protests that brought down the governments in Egypt and Tunisia have inspired many in the Middle East to take to the streets, the families of Abu Salim were willing to defy the Gaddafi regime at a time when they had little support or chance of success.

Considering the brutality of the Abu Salim massacre, the Gaddafi government’s current bloody crackdown should come as no surprise. But if the people of Libya ultimately prevail, the genesis of their success will come not only from the inspiration of Tunisia or Egypt but also from the families of Abu Salim.

Jo Becker is an advocate at Human Rights Watch and is writing about the families of Abu Salim for a book on human rights advocacy.