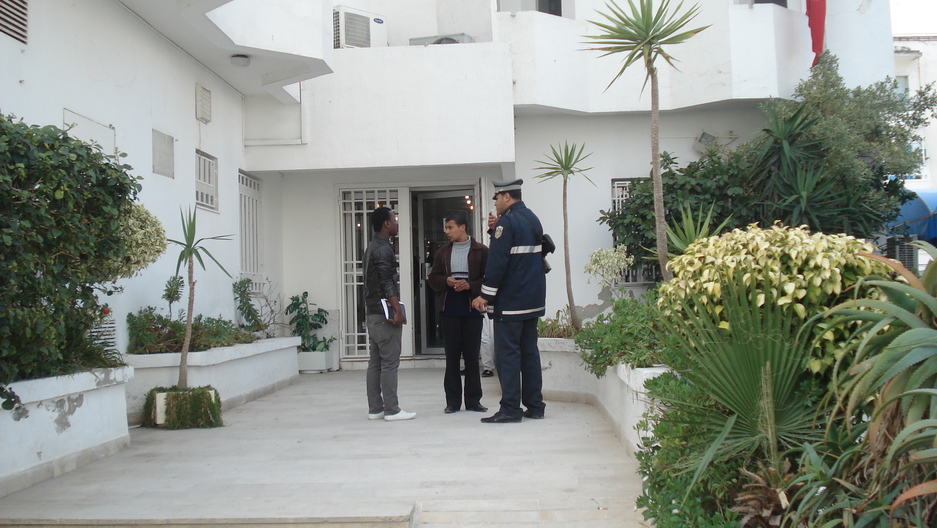 Share
by Megan Williams Nearly two months after President Ben Ali fled Tunisia, a court in Tunis dissolved Ben Ali's political party. Earlier, after several weeks of intense protests pressing for a faster transition to democracy, Tunisia's interim government set an election date for a constitutional assembly. Tunisians will vote on who they want to draft their new constitution on July 24. But while Tunisians celebrate these events as key steps toward democracy, many say justice is lagging behind, and that little progress has been made in making those guilty of human rights crimes and corruption under the old regime face justice. Some progress is being made, though. A newly-formed anti-corruption commission is taking complaints. Zamazi Messaoud Ladaissi sat recently outside the commission's door with a folder full of documents in his hand. He said the documents are proof of what he suffered under the Ben Ali regime. Ladaissi said he used to run a successful discount electronics shop in Tunis, until the head of the local government paid him a visit one day in 2009. He told Ladaissi that a friend wanted his store, and then had him beaten up. Ladaissi said he was forced to sign over his store to the official's friend, and was then thrown in jail. Anti-corruption commission Now Ladaissi wants his store back, so he's come to the anti-corruption commission to lodge his complaint. The commission was set up to investigate corruption carried out by the old regime and to create new regulations to prevent corruption in the future. Already more than 5,000 complaints have been filed. Commission president Abdelfatteh Amor said corruption touched every facet of life in Tunisia under the Ben Ali regime. "Everything from import taxes and property confiscation, to banking regulations and permits for public markets," he said. And now, Amor said, they want the commission to make it right. "Expectations are huge now," he said. "People were denied justice for a very long time, so now it's as if a pressure cooker has exploded. People want justice right away, instantly. But of course, working objectively takes time, the facts need to be carefully examined. So in the meantime, we try to speak to people, help them and remain open." Critics And there are critics as well. "This commission is the object of daily harassment, destabilization attempts and even threats," explained Amor. "There are many people, at all levels, who would like the anti-corruption commission to fail or even disappear." Amor said efforts to bring about justice in Tunisia are being undermined by members of the old regime who are still in key administrative positions. And he's not alone in saying that. "Right now the judiciary is under the full control of the old regime," said Siham Ben Sedrine, an activist lawyer and the head of the newly-legal National Tunisian Freedom Committee. "They are blocking all reform in order to make this judiciary independent and they are working against the judges, the independent judges." Ben Sedrine said the quest for justice needs to include anyone who committed a crime under the former president. "Ben Ali was not the only person who did the dictatorship," she said. "There is a lot of people involved in the dictatorship. They tortured, they killed, they did a lot of persecution against the people. Not one of them is being followed right now." But Ben Sedrine and her group are doing something about it. They've published the names of about 100 members of the old regime who are accused of torture. It's a first step towards justice in Tunisia, she said. Justice that is still at risk of being subverted.