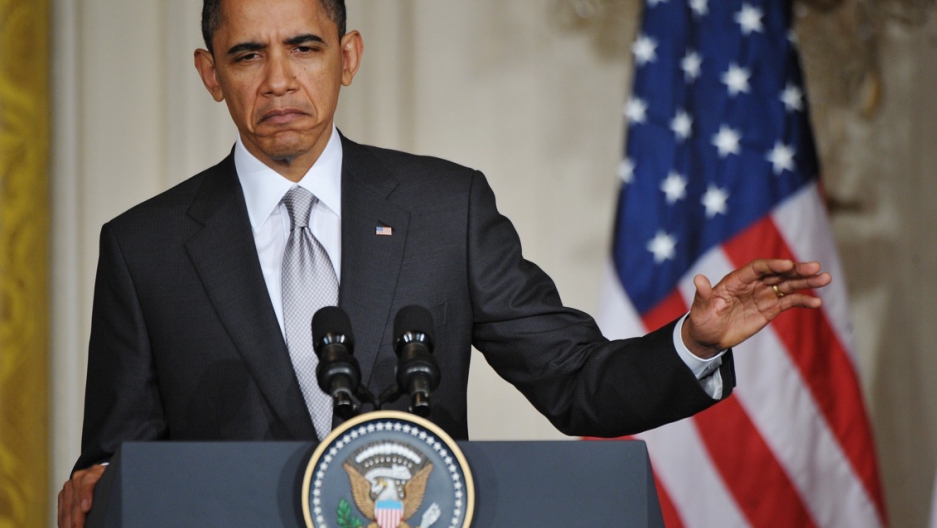 BOSTON — There’s no doubt: deploying the U.S. military to help liberate Libya would be messy. American soldiers could die. Taxpayers would have to pick up the multi-billion dollar tab for yet another battle in the Muslim world.

It would also be risky.

Images on Al Jazeera of American bombs falling on an oil-rich Muslim country could be a propaganda victory for Al Qaeda. Likewise, the sight of U.S. warplanes assisting an Arab uprising could embolden rebel movements elsewhere in the Middle East, further disrupting oil markets — especially if turmoil erupts in Saudi Arabia.

And intervention would certainly upset key global partners, namely China and Russia, who out of fear for their own hides reject any international intervention on principle.

Yet there are compelling reasons why U.S. President Barack Obama must take immediate military action. Preferably, this would occur as a NATO operation; U.N. Security Council support is out of the question, given the opposition of China and Russia. Either way, it must begin quickly to prevent Libya and the world from becoming an even more dangerous place.

After the uprising turned violent in mid-February, Libyan rebels gained control of vast parts of the desert country. In recent days, however, the battlefield momentum has been shifting. Forces loyal to leader Col. Muammar Gaddafi have managed to beat back the rebels, and are threatening the key oil town of Ras Lanuf, GlobalPost's Nichole Sobecki, who is in Libya, reports.

A humanitarian disaster could soon unfold. The United Nations is preparing to aid as many as a million Libyans affected by the violence. Whether the Libyan civil war ends quickly or drags on for years could be decided by what happens over the coming days and weeks.

Obama excels at addressing big, principled questions, as he has shown in rousing speeches from Arizona to Cairo. He must likewise rise to the moment and deploy not only the U.S. military, but also his powerful oratory skills to explain why it’s in the world’s interest to bring to justice this brutal kleptocrat. And he must clearly lay out the military consequences that will befall Gaddafi if he continues to kill his compatriots and refuses to step down — if he uses his air force, for example the U.S. could threaten to crater his runways and destroy his air defenses. If he violates the rules of war, he can expect Tomahawk missiles on his compound. And so on.

Ideally, this would end in a trial for Gaddafi at the International Criminal Court in the Hague. Over the past several weeks, Gaddafi has demonstrated that he is willing to do just about anything to keep his grip on power, including firing on civilians attending funerals, and using the national air force to bomb his relatively poorly-armed enemies. Apparently aware of how tenuous his support is, one of his first acts in response to the unrest was to import mercenaries from elsewhere in Africa. He holds the capital, Tripoli, with their support and with the backing of his ruthless security apparatus, not because of the will of his people.

By any measure, Gaddafi lacks legitimacy. His diplomatic corps has largely abandoned him. A megalomaniac eccentric who makes Charlie Sheen look stable in comparison, he is unfit to rule. According to a WikiLeaks U.S. State Department cable, he has been under the care of a voluptuous Ukrainian nurse. At a summit meeting in 2009 Gaddafi described himself as “the dean of the Arab rulers, the king of kings of Africa and the imam of Muslims,” according to the New York Times.

Obama needs to point out that Gaddafi is hardly a first offender. On the contrary, he has a rap sheet too long to be ignored. In addition to the war crimes probe that the International Criminal Court launched last week against him, the “mad-dog of the Middle East” (as Reagan called him) has brutalized his people for decades, and has made himself rich off the country’s oil. He is accused of orchestrating the bombing of Pan Am 103 over Lockerbie, Scotland; he should be investigated and stand trial for that crime. For many years, before he was rehabilitated as a petro-despot, the U.S. government regarded him as state sponsor of terror.

Obama needs to act not only because Gaddafi is intolerable, but because failing to intervene would be a victory for dictators across the globe. These days, Gaddafi’s neighborhood is replete with besieged strongmen who are busy preparing for the Facebook revolution that’s targeting them. They are no doubt watching Libya closely to see how much murder they can get away with before risking Tomahawk missile attacks on their own palaces. By using the U.S. military to make Gaddafi writhe, the Obama administration can cauterize the worst of the protestor bloodshed before it is spilled.

The same logic applies farther afield. In Libya, Obama has the opportunity for a teachable moment, as he likes to say, to demonstrate to the world’s other henchmen — Zimbabwe’s Robert Mugabe, North Korea’s Kim Jong Il and Burma’s brutal cabal, among others — that there are limits to what the West will tolerate.

Looked at from another angle, if the West doesn’t crack down on an unstable thug incapable of fending off a first-world offensive, how credible are American security guarantees preventing, say, China from storming Taiwan? What’s to stop Russia from rolling its tanks back across its border with Georgia?

Obama has stated that any action against Libya will need international support. Both the Gulf Arab states and United Kingdom and France have called for a U.N.-backed no fly zone. Moreover, rebels also support the move, according to battlefield reporting by the Jamestown Foundation, a global security outfit that has been interviewing rebels in eastern Libya.

It should be stressed, however, that anti-government forces vehemently reject the idea of foreign troops on Libyan sand.

As one rebel told Jamestown, “If NATO forces come inside Libya, we will turn it into a lake of blood. Iraq, Palestine, and Somalia will be nothing compared to Libya.”