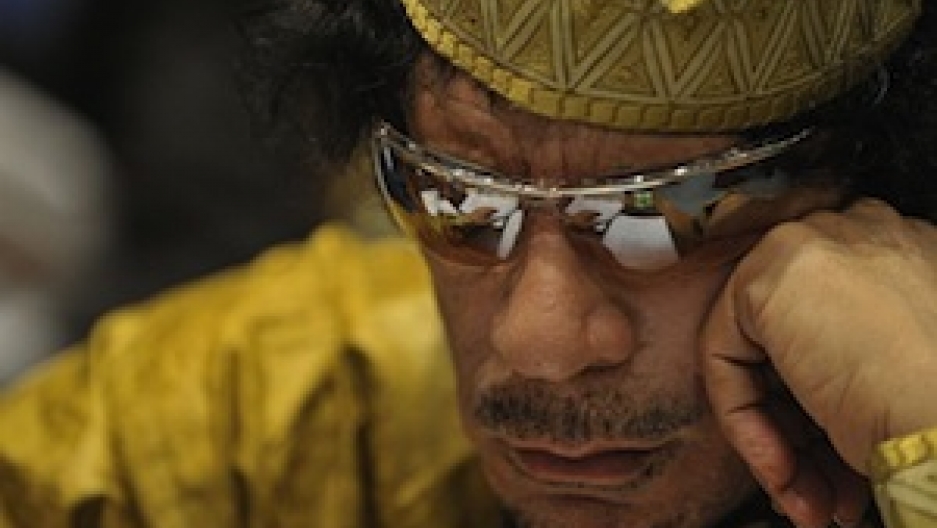 Some of Libyan leader Moammar Gadhafi's recent actions seem a bit crazy. He and his top officials have claimed that there are no protesters in Libya, and then that the protesters are actually drug-crazed children on hallucinogenics. But Dr. Jerrold Post, a professor of psychiatry, political psychology and international affairs at the George Washington University, says "I find it very un-useful to talk about leaders as psychotic, crazy."

Gadhafi "has something I call a borderline personality," Post told The Takeaway. "While he's usually above that border, under stress he can descend beneath that border."

Having followed Gadhafi throughout much of his adult life, Post says, "there are times when he can be really quite rational." When he's under stress, however, his judgment sometimes falters. And right now, Post points out, "he's under probably the most extreme stress of his entire life."

When Gadhafi makes bizarre statements -- like the protests are fueled by people slipping hallucinogenic drugs into Nescafe of the drug crazed children, but all the people love him -- Post says, "He really believes that." It's not an act. "It's inconceivable to him that he, who's given 43 years of his life to his country, could possibly not be loved by all of his adoring citizens. "

Part of the misunderstanding also stems from differences in culture. "This man is more often than not a rational calculator," Post says, "but he calculates according to a different calculus than we in the west might." For example, Post says "the courage to stand up to a superior adversary," is an extremely important sign of leadership.

That fact would make it extremely dangerous for the United States to intervene right now, according to Post. United States intervention could be "very destructive," Post says. "It would lead Gadhafi to be able to mobilize his followers" against the imperialistic United States.

Post says that the United States should take heart, however, from the string of defectors against Gadhafi, including ambassadors, the minister of the interior and several senior military leaders. "This is extremely important," according to Post. "That's what's going to be the telling issue," not necessarily Gadhafi's mental state.