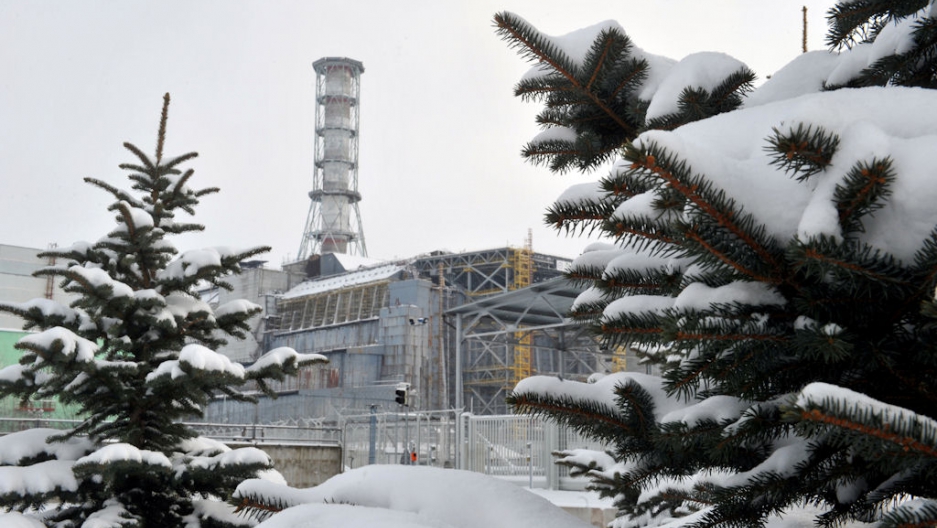 CHERNOBYL, Ukraine — As the 25th anniversary of the world’s worst nuclear accident approaches, international agencies are scrambling to locate funds to finance the next major project to deal with the disaster’s legacy.

On April 26, 1986, Reactor Number Four at the Soviet Union’s Chernobyl nuclear power plant, 60 miles to the north of Kiev, exploded during a mismanaged check of its safety systems, killing untold numbers from both the immediate and delayed effects of radiation poisoning, and forcing tens of thousands to vacate their homes.

The European Union and European Bank for Reconstruction and Development (EBRD) are now leading a drive to construct a gargantuan steel arch to encase the exploded reactor and the “sarcophagus” that was hastily erected over it to contain the radiation fallout.

But they still need some 740 million euros ($1 billion) for the project, which has only just started and has doubled in cost to nearly 1.5 billion euros ($2 billion). The current funding will only allow work to continue through the beginning of next year. The project was originally scheduled for completion in April 2014, but this is now being re-evaluated.

For this reason, the EU and EBRD are convening a donor’s conference just before the accident’s anniversary to drum up crucial support from governments and international organizations.

“It is difficult to mobilize [these amounts], but I have reasonable confidence that it can be achieved,” Jean-Paul Joulia, head of the European Commission’s nuclear safety unit, said at a recent event for international journalists. “I believe that the international community is committed to completing this project.”

The plan however is laced with a particular urgency. According to Vince Novak, director of the EBRD’s nuclear safety department, the design life for the sarcophagus “runs out in 2016.” Though this date has been extended somewhat — one of the walls has been reinforced with a steel buttress — the construction nevertheless remains worryingly unstable.

“It is a very serious safety issue,” he added.

Within the sarcophagus is some 200 tonnes of nuclear fuel — nearly all of the amount originally contained in the nuclear reactor — which is now mixed in with the building itself.

The new “confinement” arch is therefore designed to last for 100 years, allowing Ukrainian authorities (who bear ultimate responsibility for Chernobyl) ample time to dismantle the reactor block and sarcophagus. When it is finished, it will be one of the most ambitious engineering feats in the world, and the largest movable structure ever built: 110 meters tall (or 120 yards, high enough to cover the Statue of Liberty), 250 meters long and 165 meters wide. And it will be equipped inside with a surfeit of robotics and cranes, to minimize the number of human beings needed to carry out the deconstruction work inside. The confinement arch will be slid from its construction site over the sarcophagus.

At the moment, however, the Ukrainian government also lacks the funds to finally do away with the radiation-saturated structures. Though, in theory, technology already exists today for the Ukrainians to destroy Chernobyl completely and bury the nuclear waste deep beneath the ground, European authorities hope that the extended timeline will allow for more “cost-effective” methods.

“One hundred years gives enough time for the Ukrainians to deal with the problems,” said the EBRD’s Novak.

During a mid-February media trip organized by the EU and EBRD to acquaint international journalist with the details of the new arch project — and raise awareness before the April donor conference — the first pylons at the arch’s construction site protruded from the snow, like spring shoots. On either side of the sarcophagus’s hulking black mass, two concrete canals had been laid. These are the tracks along which the arch can slide into place.

Visits to Chernobyl have in fact become a habitual thing — mundane even. Travel agencies offer tours of the exclusion zone, and this year the Ukrainian government began its own official excursions. The tours lead camera-toting visitors near the irradiated nuclear power station, and to Pripyat, the bedroom community next door that was evacuated in a panicked rush shortly after (but not all that shortly after) Reactor Number Four blew up. There they see signs, even 25 year afterwards, of lives abandoned in a matter of hours: shops still full of (non-perishable) goods, a newly built amusement park that was never used, slogans extolling a glorious Soviet future.

Despite the regularity of visits, and the presence of more than 2,000 people working on 15-day shifts there, the danger is obviously still present. Radiation levels, thought they have decreased considerably, are hundreds of times higher than normal – which is okay, experts say, as long as you are exposed for short periods. The dust itself is infused with radioactive particles – a fact pointed out by Volodymyr Holosha, head of the Ukrainian state agency for the administration of the 20-mile exclusion zone.

“God loves you – there’s lots of snow on the ground,” he told the collection of journalists before they departed Kiev for Chernobyl.