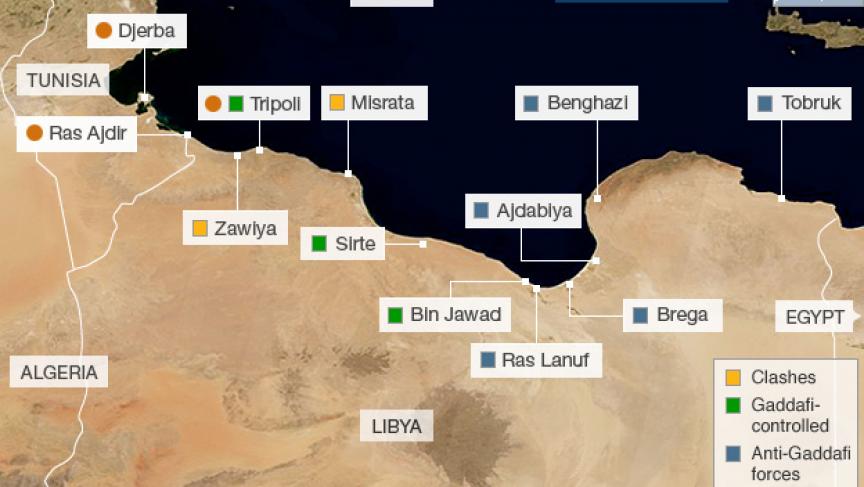 The battle for Libya continues. On Monday, forces loyal to Libyan leader Muammar Gaddafi apparently won more than they lost. Colonel Gaddafi's troops pushed back rebel forces in the oil town of Ras Lanuf. Gaddafi's troops are also reported to have resumed artillery attacks on the city of Zawiya, near the capital, Tripoli. We reached reporter Borzou Daragahi of The Los Angeles Times earlier in Tripoli.