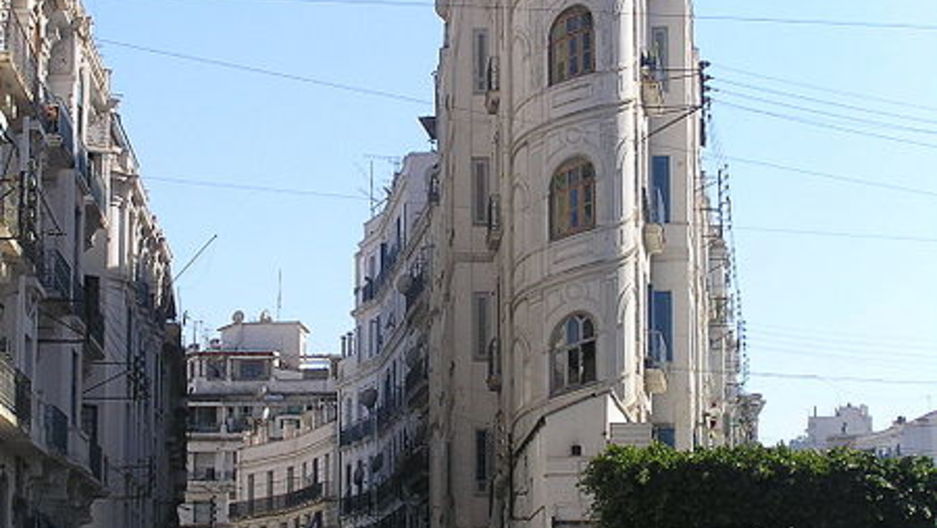 Share
By Assia Boundaoui In the face of ongoing demonstrations in Algeria, last week the government of President Abdelaziz Bouteflika announced the repeal of a 19-year old state of emergency in the country. The repeal of the law was one of the key demands of demonstrators and activists who have taken to the streets to demand change in the country. The conditions in Algeria are pretty similar to other places across the Middle East and North Africa, where people have taken to the streets: there's high unemployment, rising food prices, political repression and lack of democratic freedoms. People voiced their discontent with the government recently in the country's capital, Algiers. But, while many signs point to Algeria being the next in line for an uprising, the country is far from seeing an Egyptian or Tunisian style regime-change. In fact most Algerians are not calling for the overthrow of their government. "Our demands are for the rights of Algerians," said Imad Boubekri, the youth coordinator for the Algerian League for the Defense of Human Rights. "We demand the opening of opportunities for political participation, the right to assembly and freedom of press and we demand more freedoms." But while this feeling of discontent is widespread, protests here are far from reaching a critical mass. No more than a few hundred people showed up to the most recent demonstrations in the capital. That's in part because Algerians enjoy a relative number of freedoms not seen in neighboring Arab countries, said Elias Filali. He's a prominent Algerian blogger and activist. Free speech "If you compare Algeria to Tunisia, Algeria has some freedom of speech – no one can stop us from saying what we think," Filali said. "There's freedom in the written press. The level of dictatorship here is not as big as Tunisia or Egypt – although it is a police state, there's room for suing the police officer, there is a little freedom of expression." The government has been savvy in its application of carrots and sticks. When demonstrations broke out in Algeria a few weeks ago, President Abdelaziz Bouteflika immediately made concessions. One of the biggest was lifting the decades old Emergency Law. But protesting remains illegal, and protesters have faced massive numbers of police who aggressively and oftentimes violently quelled demonstrations. Filali said the government knows that the violent show of force reminds Algerians of a time they'd rather forget. "Remember Algeria's been through a terrible, terrible civil war, that saw 200,000 people sort of slaughtered," Filali said. "So I think also people are tired of violence. They haven't got the appetite for any more protests. Images of blood on the street, images of beheaded people on the street — it's not easy to forget. And people they're tired — they want a change, it doesn't mean they don't want to see real change — they want change, but they're not going to side with anybody." A bloody civil war that began in 1991 consumed Algeria for more than a decade, and as a result many in the country have come to associate political uprisings and instability with violence. Bitter experiences Mounia Aouadi is a high-school math teacher living in Algiers. She said the people who rebelled in other parts of the Middle East and North Africa were generally taking to the streets for the first time, while Algerians have had bitter experiences with protesting and political turmoil. "To date we are still hurting from what happened to us – our wound is still bleeding," Aouadi said. "There are mothers still searching for missing children. The mother's tears haven't yet dried from their cheeks." Even so, human rights campaigner Imad Boubekri said that neither low protester turnout nor political concessions and the threat of violence from the government will stop activists from struggling for democratic reforms. Boubekri said he's hopeful Algerians will soon realize that non-violent political change is possible. "We want to create a real peaceful change for all Algerians. We don't want forceful violent change," Boubekri said. "We want to send the following message: Oh people of Algeria, peaceful change is possible. There are reasons to be hopeful, there is hope … I think that the year 2011 is the year of change in Algeria."