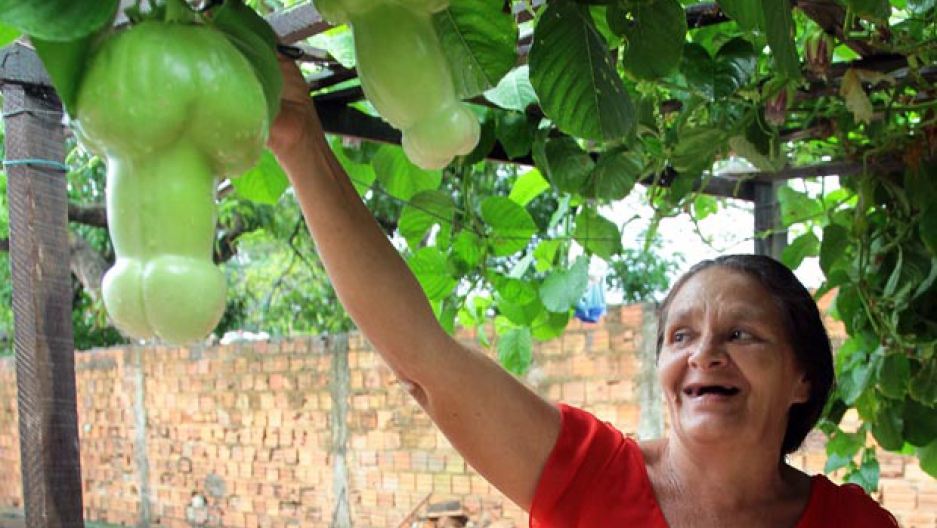 A vine producing penis-shaped passion fruit has been discovered by a gardener in the Brazilian city of San Jose de Ribamar, in the country’s north. Normally round, the fruit is native to South America and its tart pulp can be found flavoring everything from sweet desserts to caipirinhas, the Brazilian national cocktail.

Although none of the penis-shaped variety are ripe yet, the woman who grew them, Maria Rodrigues de Aguiar Farias, 53, told the news site G1 so many visitors want to see the plants that she’s started charging admission.

A local government plant expert has examined the fruit and pronounced it healthy, G1 reported. While it remains to be seen how good the plant’s pulp tastes, the shape itself shouldn’t be a reason to shy away, said Marcelo Cavallari, with the Brazilian Agricultural Research Corporation.