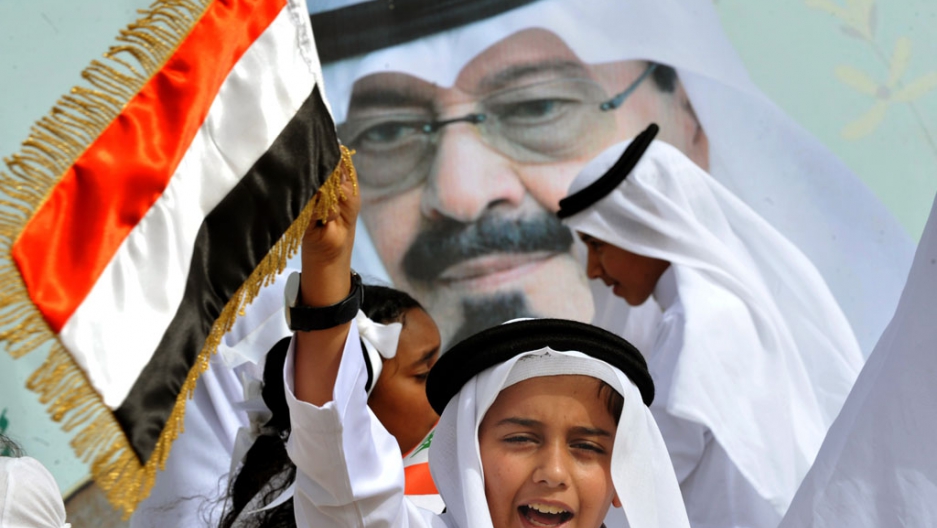 RIYADH, Saudi Arabia — Since his return to Saudi Arabia last week, King Abdullah bin Abdul Aziz has been peppered with petitions demanding that the royal family share power with representative, elected bodies and move toward greater transparency in fiscal matters.

Three separate petitions, whose signers have included moderate Islamists and secular-oriented liberals, differ in details but their general thrust is toward a constitutional monarchy and away from the absolute control now exercised by the ruling House of Saud over all aspects of life in the kingdom.

The petitions come as other, unknown groups have posted calls on Facebook for street protests in Saudi Arabia on three different days (March 4, 11 and 20) to press for changes similar to ones listed in the petitions.

It is impossible to know if such protests will materialize. But it does not appear likely for several reasons. Such demonstrations are illegal in the kingdom, and Saudi culture is strongly against public displays of civil disobedience.

In addition, there is no evidence that the petitions or the protest calls have widespread national support. Rather, they appear to be most representative of a growing slice of Saudi society that is politically restive but not yet organized for mass action.

It is evident, however, that both the Facebook groups and petitions were inspired by the popular uprisings that have leap-frogged across the Arab world in recent weeks, toppling long-time leaders in Egypt and Tunisia, and threatening the rule of several others.

As one of the petitions noted: “It is no secret that the Tunisian and Egyptian revolutions have raised tensions and political movements in many neighboring Arab nations [which requires] us to review our situation, and to make every effort towards reforms before the matter escalates and we find ourselves in front of unpredictable developments that cannot be stopped.”

The demands for political reforms also follow a huge package of economic benefits, estimated between $30 to $36 billion, that was unveiled Feb. 23 to mark the king’s return that day from his three-month absence abroad for medical treatment.

The package includes unemployment insurance for the first time, increases in welfare payments for poor households, funds to alleviate a severe shortage of affordable housing, millions for charities, sports and cultural clubs, as well as the release of thousands of prisoners who had failed to pay debts.

While government officials said the economic package has been in the works for some time, many Saudis and other observers interpreted it as an effort to defuse discontent and forestall mass political protests like those elsewhere.

The petitions have drawn no official response except from government censors who have blocked websites where people can read and sign online versions of the documents. Some, but not all, of the Facebook pages also have been blocked.

However, many Saudis are expecting a response of some kind from the king when, as is widely anticipated, he announces a long-awaited cabinet reshuffle, perhaps as early as this week.

The scope of the reshuffle and whether or not younger, more energetic Saudis are tapped as ministers will be taken as signals about what the king thinks of the contents of the petitions.

At a minimum, people hope for “a royal announcement” that promises “political reform with a timely agenda,” said Tawfiq Alsaif, a Shia community leader and intellectual in Dammam.

But even that appears unlikely for now. Although King Abdullah has initiated changes in the country’s education and justice systems, pushed for greater public participation by women, and given the Saudi press greater latitude than previously, he has not ventured into the sensitive arena of political reform.

Elections for all-male municipal councils that were supposed to be held last year were cancelled.

“Here in Saudi Arabia what’s important is the mainstream ... and they don’t have a positive connotation of current events in the Middle East,” said one young pro-reform professor who signed the third petition but asked not to be named in an article. That is why, he added, he does not expect any major political reforms.

The first petition was signed by around 40 Saudis, mostly young journalists. Significantly, they asked for a new cabinet whose average age would be 40, rather than the 65 years it is now. The second petition was the most Islamist in tone and did not, like the other two, mention women’s rights at all. It drew more than a thousand signatures, including that of the popular independent cleric, Salman Al Audah.

The third petition, also signed by hundreds, was similar to the first but more specific. "Ours is a rainbow coalition,” said Khalid Al Dakhil, a Riyadh sociologist who helped organize it. “There are Islamists, Shiites, Sunnis, men and women. It is more liberal."

All three called for more freedom of expression, creation of civil society and action against corruption — a major complaint among all sectors of Saudi society. The issue was thrown into high relief during floods that hit Jeddah, the kingdom’s second largest city, in January, causing at least 13 deaths and millions in property damage.

Saudis were angry that the government had not taken steps to prevent floods, as they had promised after a similar inundation in November 2009. Most Saudis are convinced that corrupt officials and businessmen are to blame for that failure.

This is not the first time a Saudi monarch has contended with an outpouring of political demands. Similar waves of petitions with competing visions of reform were made in the 1990s and in 2003, when the kingdom was caught up in a violent campaign of suicide bombings waged by Al Qaeda.

Today, however, “the circumstances are different,” said Al Dakhil. “Maybe the moment is more opportune. People seem to be more hopeful. We know there are those in the government, in the royal family who are for reform. This signals to them they are not alone, that they have a basis for calling for change."