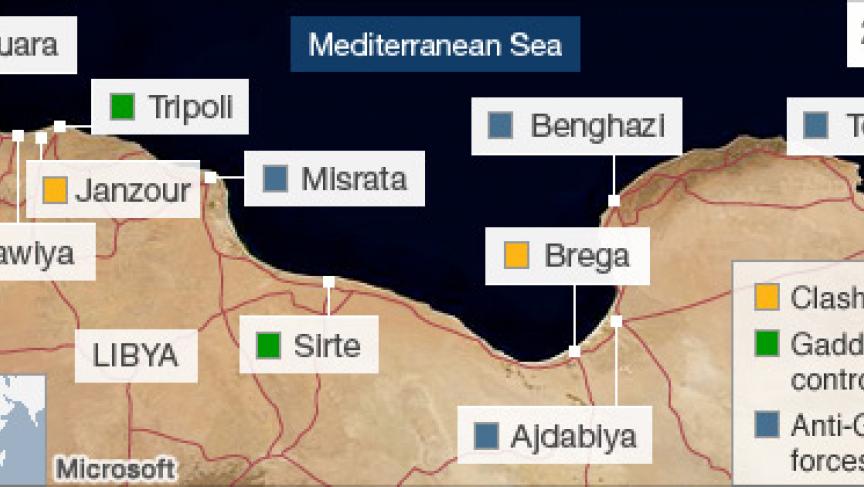 Rebel forces have fought off an attempt by soldiers loyal to Colonel Muammar Gaddafi to retake the eastern oil town of Brega. Gaddafi forces had moved into eastern areas for the first time since towns there fell to protesters two weeks ago. Earlier Gaddafi said on TV he would "fight until the last man and woman" and warned that thousands of Libyans would die if Western forces intervened. Anchor Marco Werman speaks with the BBC's Jon Leyne in Benghazi.