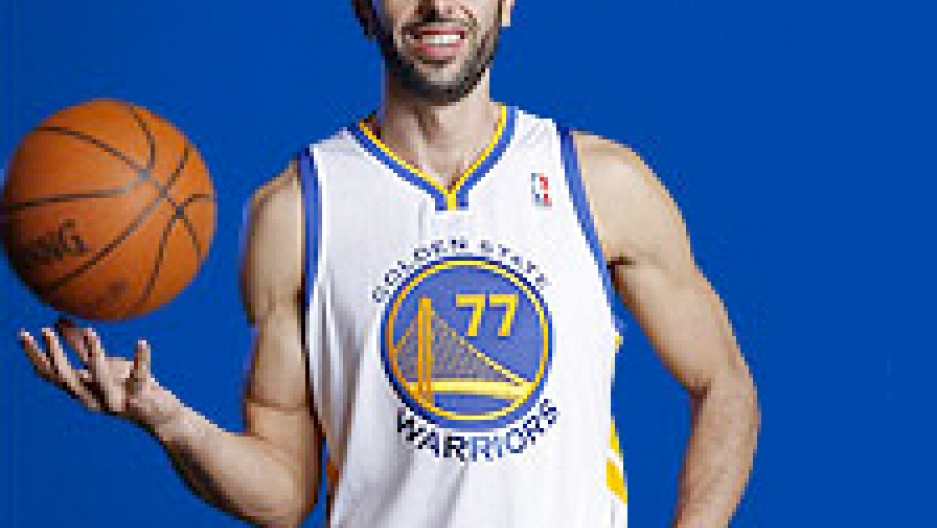 Share
By Cyrus Farivar As the NBA enters its post All-Star Break second half in February, many basketball teams are turning to ethnic heritage nights as a way to boost sagging attendance. And while playing to the ethnic and national background in a team's region isn't new, these new marketing tactics have been sharply on the rise around the NBA over the past few seasons. The NBA has nearly 90 players who were born overseas, ranging from Chinese superstars like Yao Ming, the towering center of the Houston Rockets, to Vladimir Radmanovic of Serbia, a power forward for the Golden State Warriors. Radmanovic was honored in February at his team's Serbian Heritage Night. The same month, the Toronto Raptors held Tamil Heritage Night. Next month, the Minnesota Timberwolves are hosting a German heritage night. Mitch Germann, a spokesman for the Sacramento Kings, said his team is already on board. "We've had Latino family night, Jewish heritage night; we've had a Filipino heritage night. And still to come this season, a Russian-American night," Germann said. Three years ago, the team only had two per season. This season, they've tripled that number. Germann explained that one big draw for the Kings is the team's small forward, Omri Casspi, the first Israeli player to play in the NBA. When the team travels, and cities hold Jewish heritage nights, Germann said, Casspi notices their support. "Sometimes there are hundreds of fans in the crowd in an opposing arena with his jersey or his sign. So I know it has a positive impact on him on the road." But not all heritage nights draw that level of fans. In fact, the Warriors' recent Serbian heritage night was pretty low-key. During the February 13 game, there was no Serbian flag or special dances. After the game, the few dozen Serbian fans who came as a group had a private Q&A with Vladimir Radmanovic. "I don't think it's a huge Serbian community," he said, "but for me as a Serb, I like to invite those people to the game one night and get them to know each other." Radmanovic said because the San Francisco Bay Area isn't exactly known for its Serbian community, it could be thought of as a quasi-public service. "I think it's a perfect opportunity for people to come to the game and meet some new people," Radmanovic said. But of course, NBA teams are big business. Industry analysts say it's hard to measure precisely how much impact these heritage nights have on ticket sales, but it's clear why teams are doing it, and so a little bit of public outreach and marketing go hand in hand. Marshal Cohen, a sports industry analyst with the NPD Group, said heritage nights could help raise attendance by 10-20 percent. "If it's a ticket that's already hard to get, that's not going to increase ticket sales, but what it does do is increase the fan base, and that's the ultimate goal." Radmanovic agrees with this assessment. After all, many kids growing up outside the US more or less arbitrarily decided which NBA teams they like. But now, with players like him from Serbia, team loyalty could change. "Okay, I'm a Chicago Bulls fan, for example, or LA Lakers or whatever. But when you have a guy from your country playing for that team, that's even better. You can say this is my team, because this guy plays there. And that's how I believe people feel," Radmanovic said. Still, neither Serbian fans nor the best efforts of Radmanovic and his team have helped the Warriors out of a slump. Their record is hovering around .500 and they are solidly in third place in their division. Maybe next month, they can boost their fortunes with Polynesian Heritage Night when they take on the Orlando Magic. But neither the Magic nor the Warriors has a Polynesian player. But hey, the food should be pretty good, right?