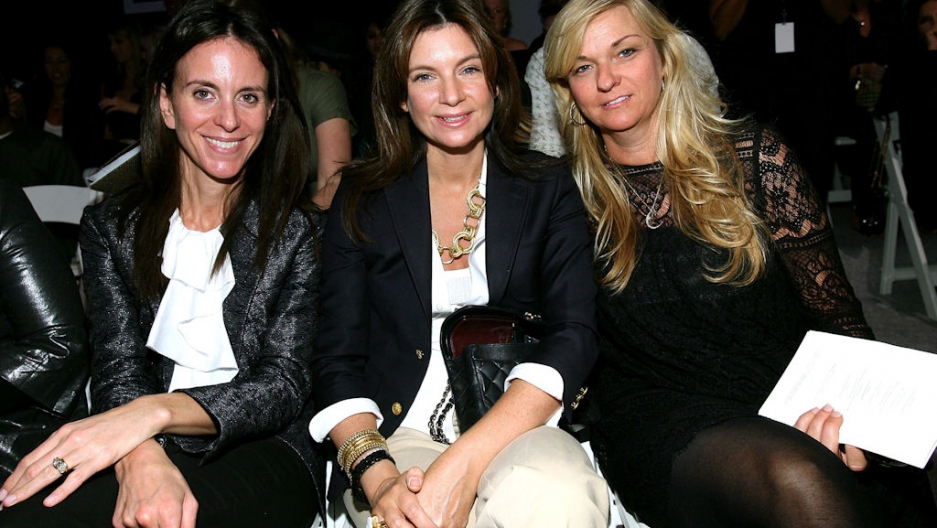 Eleven years ago, when internet start-ups were toppling like dominoes, the only investors in untested business ideas were reckless gamblers or people with unswerving convictions in the potential of their brainchild.

Natalie Massenet, the former journalist who came up with the idea of Net-a-Porter, appears to belong to the latter group. She has determinedly parlayed her winning idea from humble beginnings into a multi-million dollar empire.

At the outset, Massenet's innovation was, like the best ones always are, relatively simple: selling designer fashion online.

Yet, as had been proved just months earlier by the collapse of branded clothing retailer Boo.com — which burned through $135 million in venture capital in less than two years — she was operating in dangerous waters.

Massenet says she became convinced of a potential gap in the market when she could not find a pair of ultra-hip Chloe jeans for sale online. And after picking up a leaflet at a local bank on starting a business, she decided to take the plunge.

Rather than seek out a large investment for the venture, Massenet started small, gathering three friends and operating from a west London bedroom. Expansion came only when cash was rolling in, and even then the shadow of failure loomed large.

"We’d watch companies fold that were funded with hundreds of millions of pounds. We’d buy equipment from websites that had gone under," she told the London Times last year. "We’d get calls from friends saying, ‘We’ve just gone down; do you want to buy our furniture?’ I remember thinking that I never wanted to have to make that call.”

What set Massenet on the road to success was her innovative approach to e-commerce. Where other websites sought simply to sell, Net-a-Porter was conceived as part shop, part magazine. Customers not only buy, they are told what to buy.

If Massenet's previous career as a journalist (she was fashion editor of Tatler) shaped this approach, it probably also helped open doors at fashion houses that have typically eschewed online retail out of fear it would erode their exclusivity.

With many big names like Marc Jacobs and Louis Vuitton only now warming to the concept of e-couture, it was something of a breakthrough for Massenet to secure early support from Jimmy Choo co-founder Tamara Mellon.

And the money has continued rolling in. In the year to January 2010, Net-a-Porter pulled in $187 million. Though she remains at the helm, Massenet last year sold her stake to Swiss luxury goods group Richemont for an estimated $78 million.

Inspired by its success, numerous challengers have emerged, attempting to hang on to Net-a-Porter's exquisitely tailored coattails. To stay ahead, the company continues to innovate.

Net-a-Porter now has its own online TV channel and the site's editorial content has evolved into a glossy weekly style Bible, replete with features and celebrity models. In February it also launched a menswear operation: Mr Porter.

"The reasons why Net-a-Porter stands out as an online shopping destination in a crowded field, and why it is so successful, is that it manages to combine a
range that has something for everyone," said Patricia Davidson, author of "The Shopaholic's Top 1,000 Websites."

"There are many competitors but Net-a-Porter has managed to create what seems right now to be an extremely difficult act to follow."