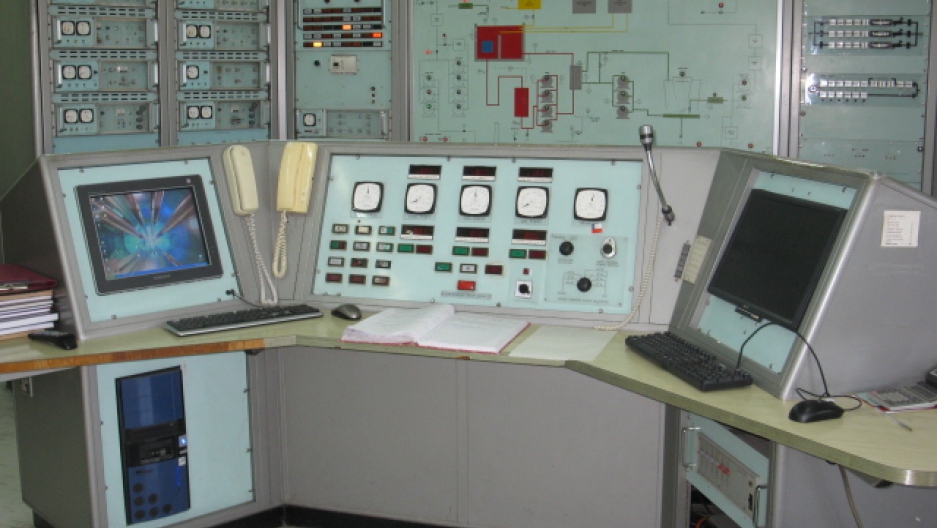 SANTIAGO, Chile — The news came from afar: A foreign company is considering building Chile’s first nuclear power plant. The Chilean people were the last to know.

The January announcement by the French energy company GDF Suez caused ripples of concern. For one, the country hasn’t decided yet whether it wants nuclear energy. And second, the idea of nuclear energy frightens many in a country that was hit hard by an 8.8-magntitude earthquake just one year ago.

But despite the public's fears, nuclear energy appears to be coming to Chile. In the words of Chilean President Sebastian Pinera: “Chile has to prepare itself for the world of nuclear energy.”

"We need to double our energy over the next 10 to12 years,” said Mining and Energy Minister Laurence Golborne. “We have to diversify our energy sources and Chile has to be open to consider the nuclear alternative."

For years, Chile has been trying to balance its energy sources, which in the early-1990s were dominated by hydroelectricity. Later, the country thought it found the solution with natural gas piped in from Argentina, but the plan faltered when Argentina suspended the flow to meet energy demands at home.

Over the past decade, climate instability and ever drier seasons shifted Chile’s energy sources away from hydroelectricity and toward more contaminating sources: coal and petroleum. And despite the promises of all past governments to further develop non-conventional renewable energy sources, they currently make up only 0.9 percent of the total.

This year’s drought throughout much of Chile, in addition to ruining crops and leaving thousands without drinking water, seriously diminished water levels at hydroelectric dams, raising the prospect of rationing electricity this winter. And oil prices recently hit a two-and-a-half-year high.

That all combines to make nuclear power a more appealing option. And Chile isn't the only country moving toward nuclear power — it's part of a worldwide trend, said nuclear energy expert Julio Vergara, who is a member of the board of directors at the Chilean Commission on Nuclear Energy. Vergara said that five years ago there were 30 reactors under construction. Now there are 150 and plans for 350 new ones.

Chile has been toying with the idea of nuclear energy since 2007, when then-President Michelle Bachelet appointed a commission to carry out a preliminary study on the prospects for nuclear energy in Chile. Back then, Bachelet promised environmentalists her government would not make any decisions, but the commission's report concluded that Chile should not discard the option.

Insisting that a final decision is many years away, Pinera nevertheless had his eye on nuclear energy even before assuming the presidency. He visited power plants in France during his presidential campaign in 2009, and a month after taking office, attended the Nuclear Security Summit in Washington. The only other Latin American nations participating in the summit (Argentina, Brazil and Mexico) all operate nuclear power plants.

Now, Pinera has put the nuclear issue on a fast track, pushing for more studies, sending government officials and experts to learn from nuclear plants in France, seeking training for local experts and speeding up nuclear cooperation agreements with the United States, France and Argentina.

U.S. President Barack Obama will visit Chile in mid-March, and the two countries are to sign a memorandum of understanding on nuclear cooperation. Details of the accord have not been disclosed, but Golborne said it focuses on training professionals, technology studies and the development of a regulatory framework.

Unbeknown to most of the population, the nuclear energy commission — which was created in 1965 — has been operating two small-scale nuclear reactors for research, mainly for medicinal purposes, since the mid-1970s. And both, with their antiquated but still functional technology, survived major earthquakes in 1985 and 2010.

Because beyond the discussion over how safe, clean and cheap nuclear energy actually is, Chileans have another overwhelming concern: How safe is it to have nuclear power plants in such an earthquake-prone country?

“Chile’s seismic activity is not an impediment,” Vergara said. “It can raise the costs of building the reactors, to make them more robust or design them to adapt to particular geological conditions, but doesn’t make them unviable.”

In 2007, a 6.8-magnitude earthquake in Japan damaged the world’s largest nuclear power plant, leaking radioactive liquid into the sea. But, Vergara said, in Japan the active seismic fault at the reactor site was underestimated or unknown when the reactor was built.

What guarantees the same thing won’t happen in Chile? “Geologists say that this is the country that most releases seismic energy in the planet, because it is sitting on the Nazca plate. Chile lacks technology to foresee the characteristics of future earthquakes, which are frequent and have different characteristics each time,” said Matias Asun, executive director of Greenpeace Chile.

Nonetheless things are moving fast. Last week, Chile and France signed a cooperation agreement that includes setting up a committee to further develop uranium extraction in Chile to cover France’s needs. The accord also creates a corporate working group on nuclear energy to be presided in France by the president of GDF Suez, Gerard Mestrallet, the man who dreams of installing Chile’s first nuclear power plant.