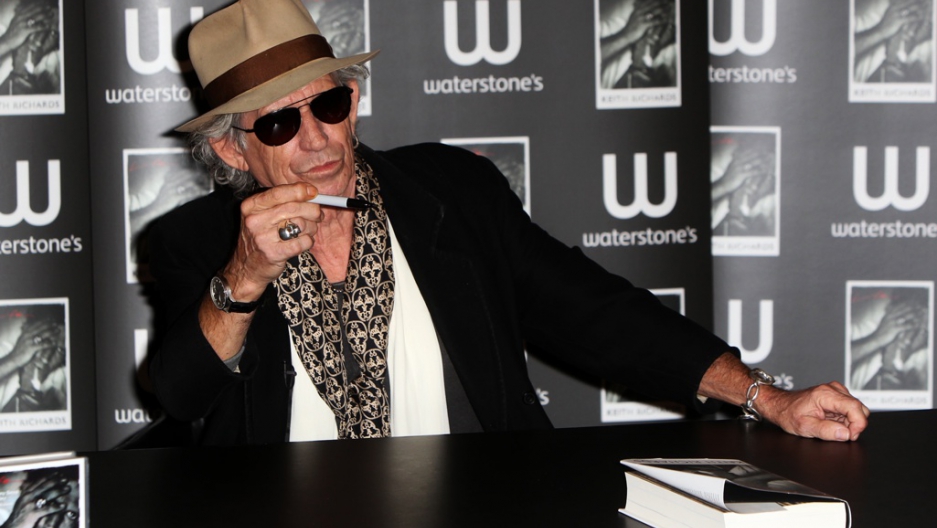 BOSTON — Innovation. Everyone wants it. Few of us have it. What is it anyway, aside from a money-making topic for business books?

The dictionary on my Mac defines innovation as “the process of making changes in something established, especially by introducing new methods, ideas or products.”

Innovation is transcendent. It’s like love. It may defy verbal definition, but you know it when you feel it.

The business shelves are replete with “how-to” books, providing tips and pointers and guidelines on how to make your organization more nimble and quick. But when we need an inspiration fix, we prefer to learn from people who live this stuff, the folks who have innovation coursing through their veins. Here’s a sampler of some of our favorites.

Tell to Win: Connect, Persuade, and Triumph with the Hidden Power of Story
By Peter Guber

Just published today (March 1, 2011) Tell to Win is immediately rocketing to the top of Amazon’s bestseller list. Why? Perhaps because it's not every day that a business book author boasts Guber’s phenomenal Hollywood track record. He's the producer of Rain Man, Batman, Missing, Midnight Express and The Witches of Eastwick among others — films that have grossed over $3 billion and earned more than 50 Academy Award nominations.

Or perhaps it’s just that he’s onto a really catchy idea.

Guber’s premise is that storytelling is currency of our culture, and so it’s an indispensible tool for any great leader.

As Amazon guest reviewer Tony Hsieh, the CEO of Zappos puts it, “from an early age, Peter Guber seems to have intuitively grasped what I slowly learned over my entrepreneurial adventures, which is that the most profitable companies are those that form personal, emotional connections with customers. In Tell to Win, Guber shows how the stories we tell — about our companies, our products, and ourselves — are what elicit people's emotional reactions and drive word of mouth.”

Guber stresses the need to connect with people, to thrive in the business world and to succeed on a grand scale. His point is particularly pertinent to innovation: from Starbucks coffee to the Apple iPad to Twitter, new ideas either connect in a big way, or they end up in the dumpster.

Outliers: The Story of Success
By Malcolm Gladwell

Okay, this may not be our most, um, innovative selection. Gladwell is hardly a stranger to best business book lists. His success lies in doing just what Guber suggests: telling great stories, effectively grabbing the audience by the eyelids and pulling them in. In a world drowning in distraction, Gladwell succeeds in keeping your attention pasted to his pages.

But we like Outliers in part because of how deeply and personally it connected with us: the book crescendos to a first-person story that left us wiping tears from our cheeks. That’s right, a business book that’ll bring tears to your eyes, and not because they’re glazing in pain. How’s that for innovation?

And there’s plenty of payoff in these pages for less sentimental business geeks with nary a tear left in her ducts.

After writing books about viral ideas (The Tipping Point) and instinct (Blink) this time Gladwell looks at success. Innovation is about much more than eureka moments. As anyone who’s ever spent much time on a bar stool knows, ideas are cheap. Success lies in executing them.

In Outliers, Gladwell probes the story of success through compelling analysis and riveting anecdotes. He points out that there’s no shortage of talent and ambition in the world. Why do some people rise to the top while others fall short of their potential? What makes some ridiculously successful “outliers,” like Steve Jobs and Bill Gates, or like Michael Jordan and Wayne Gretzky? Gladwell’s book will compel you to reinvent yourself, and provide some ideas on how to get started.


The Accidental Billionaires: The Founding of Facebook: A Tale of Sex, Money, Genius and Betrayal
By Ben Mezrich

Aside from being cheap, ideas tend to be messy. You may have a great concept and a talented team, but if your dream has legs, it's bound to get tangled in egos, issues, conflicts and even class warfare. What better way to prepare yourself for the quotidian rumble of innovation than to read the best-selling account of the game-changing digital revolution of our time?

After the runaway success of the Oscar-winning movie The Social Network, the Facebook creation myth hardly needs repeating, but here goes anyway: two rich, blond, hunky, 6’5” crew champs think up an idea for an elite online dating site. Because they’re from the white-gloved, hoity-toity Connecticut Brahmin stock, they retain the code-writing services of a slouching, hoodie-wearing Jewish giga-nerd from White Plains name Mark Zuckerberg. He, in turn, makes himself a billionaire by hijacking the idea, letting it loose on the riffraff, turning it into the ultimate attention deficit utility — eventually triggering a global revolution contagion against Middle Eastern dictators. Or something like that.

Aside from shamelessly appealing to our most primeval cravings, The Accidental Billionaires will help prep any aspiring innovator for the drama of becoming absurdly rich and juggling the press, the booze and the fawning admirers. You could go see The Social Network, which was adapted from this book, but if you’re serious about innovation, why not spend a few hours curled up with these pages?

Sure, this book is about the fast life and high times (very, and literally) of one of the twentieth century’s seminal rock stars. So why does it matter to us work-a-day innovators in our cubicles? Mr. Richards, along with business partner Sir Michael Philip Jagger were consummate and very successful capitalists, earning millions for themselves and their record labels by tweaking and marketing a musical genre previously performed by poverty-stricken drunks living in shacks. Many a valuable lesson in innovation were learned on the way.

The New York Times called this book “an eye-opening all-nighter in the studio with a master craftsman disclosing the alchemical secrets of his art.” But we prefer the way our friends at Fast Company described it in their annual list of best business books: “Imagine Keith Richards speaking at your corporate retreat. Well, if you filter out the drugs, groupies and trashed hotel rooms, Richard's autobiography, Life, has some very valuable business lessons — from dealing with longstanding partner conflict (e.g. Mick Jagger), how to create the right conditions for creativity (recording Exile on Main Street in the basement of his house rather than a studio) and how to innovate around an existing product (Keith discovered open G tuning using only 5 strings, which gives the Stones their unique sound).” …the book is “a remarkable story of endurance in the pursuit of creativity, which isn't easy in any business.”