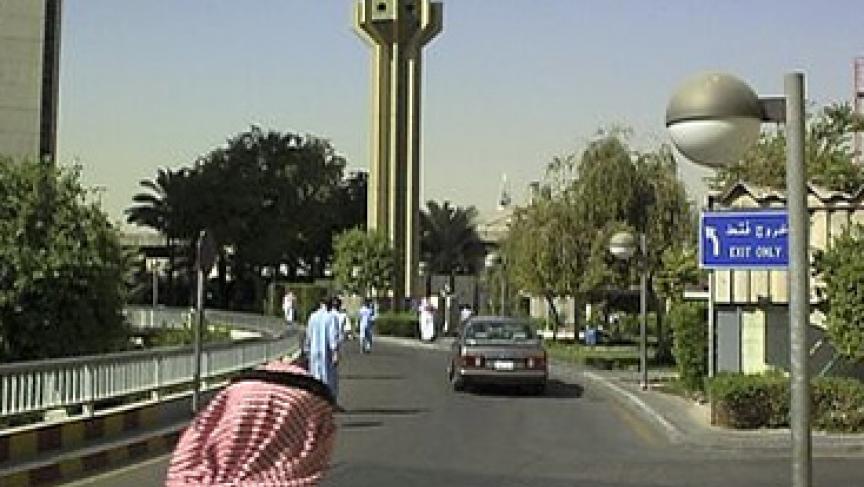 Share
By Laura Lynch The wave of protest sweeping across Middle East and northern Africa has so far not inspired similar widespread demonstrations in Saudi Arabia. But that doesn't mean there hasn't been wave of open calls for change in the oil-rich Kingdom. On a recent day, Eman Fahad, a mother of three, was grocery shopping in the capital, Riyadh. She's worried about the rising price of food. "Tomatoes are about 25 cents a pound. They used to cheaper," Fahad said, putting the produce in her basket. Even though the country imports two thirds of its food, government subsidies keep prices from climbing even higher and — perhaps — keep discontent at bay. Fahad's grocery bill isn't even close to being her biggest complaint. Fahad, who is a blogger based in the capital, Riyadh, has been riveted by the protests across the region. She would like to see change in her country, and yet, there are no similar uprisings. Fahad puts it down partly to fear. "When we were growing up, people used to say that the interior ministry spies can hear you through the electrical outlets," Fahad said. Saudi authorities may not be listening in. But demonstrations and political parties are banned. A group of men was jailed a few days ago for announcing the formation of a party. Still, Fahad said recently on her blog that everything she reads points to a revolution in her country in the foreseeable future. "I know that our time will come. I can tell it from the people around me and from what I read and hear that Saudis are getting there too," she said. 'Enthusiasm is at its height' Fahad points to the Facebook pages calling for rallies on March 11th and March 20th. "If it doesn't happen by the end of March, I don't think it will ever happen because right now enthusiasm is at its height," Fahad said. "People have set dates and people have courageously put their names down as showing up and I've never seen that happen before." Still, veteran activists don't see revolution or significant change happening anytime soon. Mohammed Al-Qahtani was part of a group of more than 100 academics and activists who issued an open statement last weekend, calling for sweeping reforms. "People outside the country sometimes view it as a mirage — look, everyone is rich, everyone has his/her share in oil, which is not true. There is a small segment of society that is enjoying all the wealth and holding the ultimate authority," Al-Qahtani said. An open letter to Saudi King Abdullah may seem tame compared to what's happened in other nations. But petitions are a legal way to voice complaints in Saudi Arabia, and in the past few days, there have been several of them. Aid measures not enough That's in spite of $37 billion worth of new financial aid measures announced just last week to help Saudis with unemployment, housing and education. Al-Qahtani said the additional money is good — but not enough. "I think they're wrong if they think financial benefit could soothe the people, could calm the people. I think the people are yearning for liberty and freedom," Al-Qahtani said, though he doesn't think that yearning will immediately transform into street protests. "It might not happen in the short run. But guess what? In the long run, let's say two, three, maybe five years, these things could happen in Saudi Arabia." For now though, Al-Qahtani said they will continue to petition the king — a king that many Saudis, including Al-Qahtani, genuinely like. "I give the King some credit. At least he listens to the people, though it's not enough. We want more steps to be taken," he said. Saturday and Sunday, another online petition appeared, complete with a photo of a smiling King Abdullah. It encourages people to sign up in order to show their appreciation for the king. That might be of comfort to the aging monarch. But the government's newfound generosity, along with its efforts to halt small protests a few weeks ago, indicating the king is also well aware of the temper of the times in the region.