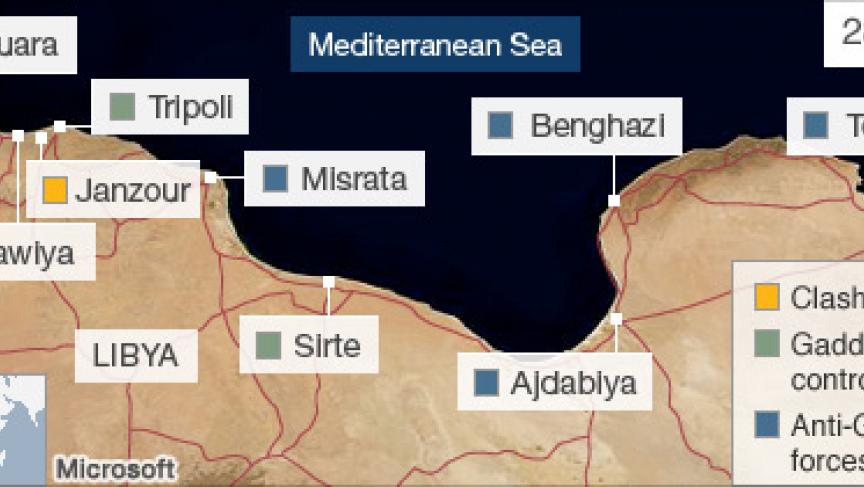 Libyan leader Muammar Gaddafi has told the BBC he is loved by all his people and has denied there have been any protests in Tripoli. Gaddafi said that his people would die to protect him. The American ambassador to the UN, Susan Rice, said the interview showed Colonel Gaddafi was "delusional" and "unfit to lead". Fighting continues in Libya and there have been renewed protests against Gaddafi's rule in the capital. Anchor Lisa Mullins speaks with a Gaddafi critic in Tripoli. (Image: Alessio Romenzi /Corbis)