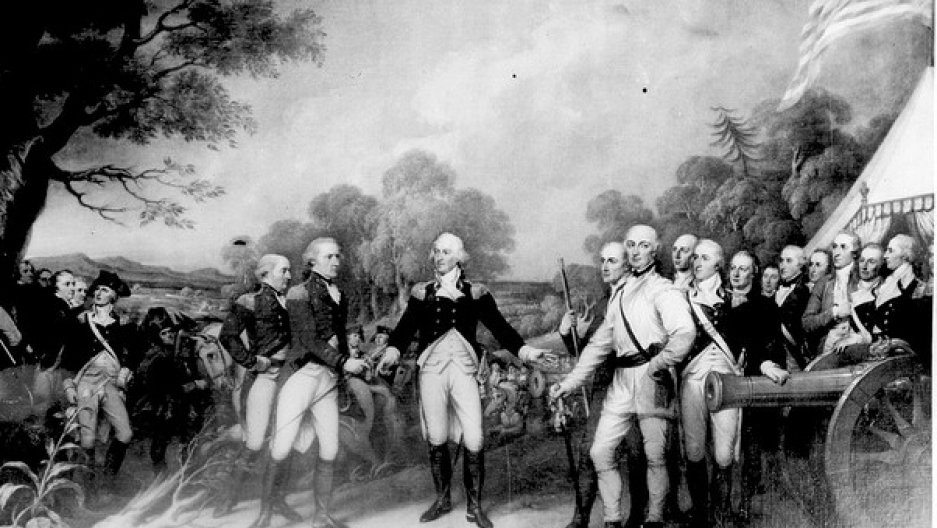 Painting of the Surrender of General Burgoyne at Saratoga (image by Flickr user Marion Doss (by:cc))

When the British sailed from New York in 1783, having lost the American Revolution, some 75,000 civilians went with them. Many of the loyalists preferred the security of an established government, and went on to have international influence. In her new book, "Liberty's Exiles," Maya Jasanoff examines the untold stories of the colonial loyalists.

"Up to a third of colonists in America actually were loyal at the beginning of the war," Jasanoff says. "And loyalism really reached right across the regional, ethnic, class spectrum. So you had everything from, you know, back country farmers in South Carolina, to shoemakers in New York, to thousands of African American slaves and Native Americans."

Slaves made up a significant number of the colonists who were loyal to Britain. While American revolutionaries saw slaves as American property, the British saw that they were people. British leaders recruited slaves to join their side, by promising freedom at the end of the war.

Something like 20,000 slaves responded to those calls and went and joined the British, and they served during the war in different kinds of capacities. And at the end of the war, British authorities stuck by their promises to these former slaves, and evacuated very large numbers of them out of the colonies into different parts of the British Empire, where they could start new lives in freedom.

While the birth of a new government inspired people around the world, the colonists who returned to Britain also had global impact. "These refugee loyalists actually brought with them certain kinds of American experiences and ideas, even into the British Empire, which was a global, expanding entity at this time," Jasanoff says. She goes on to explain that the loyalists were instrumental in colonizing Australia, reshaping present day Canada, settling the Bahamas, and founding Freetown, Sierra Leone, which, according to Jasanoff, "is really the first back to Africa movement in modern history."